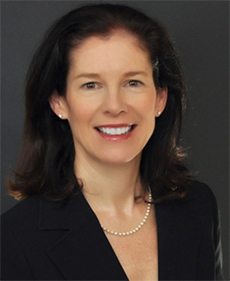 Jane Wiseman leads the Institute for Excellence in Government, a non-profit consulting firm dedicated to improving government performance.  She is also a Fellow at Harvard Kennedy School and a Fellow at the National Academy of Public Administration.  She has served as an appointed official in government and as a financial advisor and consultant to government.

Her consulting, research, and writing focus on government innovation,  data-driven decision-making and operational efficiency in government.  With the Harvard Ash Center and the United Negro College Fund, she developed a data-informed approach for urban responses to the upskilling and reskilling of unemployed and underemployed individuals.  With the Harvard Ash Center, she supports a national network of urban Chief Data Officers to accelerate the use of analytics in local government.  With Harvard Ash Center, she created an open platform for government access to the best examples of government operational efficiency approaches, with case studies showing successful implementation.  She has written on customer-centric government, data-driven decision-making in government, pretrial justice, and 311 for a variety of audiences.

Ms. Wiseman has served as Assistant Secretary, Massachusetts Executive Office of Public Safety and as Assistant to the Director for Strategic Planning, National Institute of Justice, United States Department of Justice.  Ms. Wiseman represented the Justice Department on detail as a Staff Assistant for the US House of Representatives Appropriations Committee.  Ms. Wiseman holds a Bachelor of Arts in Government from Smith College and a Master of Public Policy from the Harvard Kennedy School.