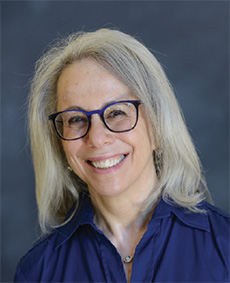 Weiss has focused her scholarly career on public management and public policy. She has published more than 50 papers and chapters in academic journals on the roles of information and ideas in the policy process. She founded and directed the Nonprofit and Public Management Center at the University of Michigan. She has done extensive research on the challenges of public management and the interplay between policy design and the management of public programs. Her research has been funded by the National Science Foundation, the National Institute for Mental Health, and the National Institute of Education.

Her work on education policy led to her roles as an expert advisor for a group of major corporations in Michigan, on the Education Commission for the States’ Project on Governing America’s Schools, as a member of the National Working Commission on Choice in K-12 Education at the Brookings Institution, and as a member of the MacArthur Foundation Network on Teaching and Learning.

She has had an extensive career as a University of Michigan administrator. From 2002-2005, Weiss served as Vice Provost, with responsibilities for faculty affairs, space, and museums and libraries. From 2005 to 2015, she served as Dean of the Rackham Graduate School and Vice Provost for Academic Affairs, overseeing 8,500 students in all of the University’s PhD programs and many of its Master’s programs while leading an increase in the rate of doctoral completion from 69 percent to 79 percent. She was Principal Investigator for three major NSF-funded initiatives to improve diversity in STEM fields, and for three Mellon Foundation initiatives in the humanities. She helped to launch more than 20 new graduate degrees and closed or consolidated another 25 programs. She was elected to the Board of the Council of Graduate Schools and was elected President of the Association of Graduate Schools of the American Association of Universities.

In 2016, Weiss held a one-year Intergovernmental Personnel Act appointment with the Performance Improvement Council to conduct research on agency priority goals in the Government Performance and Results Act. She has had visiting appointments at Stanford University, the McCourt School of Public Policy at Georgetown University, and the Trachtenberg School of Public Policy and Public Affairs at George Washington University.