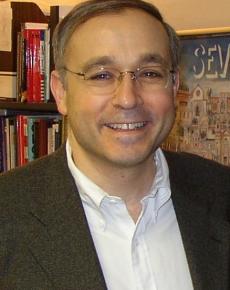 Professor of Public Management and the Head of the Department of Management
London School of Economics and Political Science Interdisciplinary Institute of Management
020 7405 7686
M.Barzelay@lse.ac.uk

Michael Barzelay is Professor of Public Management and the Head of the Department of Management. He normally teaches core courses on the MPA Public Policy and Management, the MSc Public Management and Governance, and the MSc Health Economics, Policy, and Management programmes. He is also affiliated with the Department of Government and the Centre for Analysis of Risk and Regulation, within the Department of Accounting. Professor Barzelay is widely known for his 1992 book, Breaking Through Bureaucracy: A New Vision for Managing in Government. He has served as Co-Editor of Governance: An International Journal of Policy, Administration, and Institutions and as an Associate Editor of the International Public Management Journal. He has also taught on executive programmes for civil service colleges and universities in the USA, Australia, Brazil, Spain, Mexico, Italy, and Thailand. Professor Barzelay has consulted widely, including, recently, for the World Bank, Inter-American Development Bank, U.S. Department of Defense, Brazil's Ministry of Planning, Budgeting and Management, and the U.S. Centers for Disease Control and Prevention's National Institute of Occupational Safety and Health (NIOSH). Before joining LSE in 1995, he was Associate Professor of Public Policy at Harvard University's John F. Kennedy School of Government. He received both his PhD in Political Science and his Master's in Public and Private Management from Yale University and his A.B from Stanford University. In 2010 Professor Barzelay was awarded an honorary doctorate in political science from the University of St. Gallen in recognition of his outstanding research in the field of public management and governance. In 2004 he was awarded the Louis Brownlow Book Award for Preparing for the Future: Strategic Planning in the U.S. Air Force by the National Academy of Public Administration. In 2004 he was also awarded the Frieder Naschold Award for Excellence in Scholarship in the Field of Public Management by theInternational Public Management Network. Professor Barzelay's substantive research centres on public management reform and the management of strategy development and innovation within governmental organisations. He is also seeking to develop an approach to public management research that is consistent with calls for the management field to become more of a design science, while continuing to develop case study research methods. His most recent work on public management reform focuses on the European Commission's supervision of the financial management of spending programmes co-managed by the European Union and Member States. An article entitled "The Reform of Financial Management in the European Commission: A Public Management Policy Cycle Case Study," is forthcoming in Public Administration. A related study, "Analyzing Public Management Policy Cycles in the European Commission: Oversight of Budget Control and the Integrated Internal Control Framework," recently appeared in the discussion paper series of LSE's Centre for the Analysis and Regulation of Risk. Professor Barzelay has also just completed a three-part teaching case study on "Realigning Execution of the European Social Fund Budget: Implementing the European Commission's Integrated Internal Control Framework in a EU Structural Fund," (see below to download) which has been cleared for dissemination and use. Another study, focusing on the EC's Prodi-Kinnock reforms, "Theorizing Implementation of Public Management Policy Reforms: A Case Study of Strategic Planning and Programming in the European Commission," was also published recently inGovernance. Professor Barzelay has continued to expand the geographical scope, theoretical depth, and comparative analysis of research on the politics of public management reform in national country cases. In 2010, Governance published a 100 page mini-symposium on the "The Comparative Historical Analysis of Public Management Policy Cycles in France, Italy, and Spain," co-edited by Professor Barzelay and Dr Raquel Gallego of the Autonomous University of Barcelona. The editors also contributed a substantive introduction and conclusion to this comparative study of public policy-making about public management. This recent work builds on a theoretical discussion published in an earlier issue of Governance, "From New Institutionalism to Institutional Processualism: Advancing Knowledge about Public Management Policy Change." Earlier work on the politics of public management policy-making includes a symposium issue of the International Public Management Journal (2003). In recent years Professor Barzelay has been developing an approach to public management research that is consistent with calls for the management field to become more of a design science. Central to this effort is a 2007 article in Governance, "Learning from Second Hand Experience: Case Study Methodology for Extrapolation-Oriented Research" as well as the book, Preparing for the Future. In leading up to these lines of research, Professor Barzelay has written extensively and critically about the New Public Management as a framework for the study of public management - in particular in his 2001 book, The New Public Management: Improving Research and Policy Dialogue, which grew out of his memorial lecture in the Aaron Wildavsky Forum on Public Policy at the University of California, Berkeley.