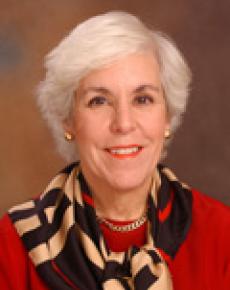 Professor
Department of Political Science
United States
Dr. Martha Joynt Kumar is a Professor in the Department of Political Science at Towson University. As a scholar with a research focus on the White House, she is interested in presidential - press relations, White House communications operations, and presidential transitions. Her most recent book, Managing the President's Message: The White House Communications Operation, won the 2008 Richard E. Neustadt Award for the best book on the presidency from the presidency section of the American Political Science Association. Her previous books involving White House operations include Portraying the President: The White House and the News Media and White House World: Transitions, Organization, and Office Operations. She has also published a variety of articles on presidency subjects, including ones found in Presidential Studies Quarterly, the Harvard International Journal of Press / Politics, Public Administration Review, and Congressional Quarterly's Guide to the Presidency. She is currently director of the White House Transition Project, and is at work with two dozen presidency scholars preparing information on White House operations for people inside and outside of government interested in the 2009 presidential transition. The nonpartisan project is providing information on past presidential transitions through 2001, the organization of eleven key White House offices, and the environment of White House operations. She is a member of the boards and of the executive committees of the White House Historical Association and the National Coalition for History. Kumar grew up in the Washington area where she went to school at St. Agnes followed by Connecticut College for her BA in government and then an MA and a PhD in political science from Columbia University. In between her masters and doctoral degrees, she taught at Tennessee State University in Nashville and worked as a researcher in the Election Unit of the News Department at NBC.
communications
messaging
presidential
press relations
transition
White House