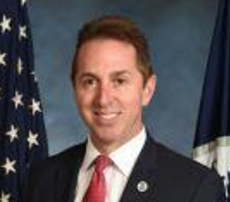 Troy D. Edgar was confirmed by the U.S. Senate as the Chief Financial Officer (CFO) for the Department of Homeland Security (DHS) on May 12, 2020 after serving as the Associate Deputy Under Secretary of Management.  As CFO, he is responsible for the fiscal management, integrity and accountability of the Department’s $90 billion budget supporting 240,000 employees.  Mr. Edgar oversees ten financial divisions spanning program and cost analysis, budget, financial and risk management, financial operations, policy, transformation, Government Accountability Office & Office of Inspector General liaison and workforce development.

Mr. Edgar is a U.S. Navy veteran with more than 30 years of business and executive experience providing leadership and advisory services to companies in the aerospace and defense, automotive, consumer and industrial products, construction, entertainment, government sector, high tech, software and telecommunications industries.

Prior to DHS, he was the President, Chief Executive Officer and founder of Global Conductor, a privately held management consulting firm providing operational strategy and transformation to dozens of Fortune 500 organizations across many industries. He was also the Chief Executive Officer of Global Conductor Construction Corporation, a construction and engineering company which provided boring, excavation and placement of underground 4G/5G telecommunication infrastructure. Together, these companies generated over $150 million in revenues and employed over 250 people.

Prior to Global Conductor, he spent nearly a decade in the aerospace industry at Boeing where he was the Chief Financial Officer of a $3.5 billion military aircraft logistics division which employed more than 10,000 employees. He also held key positions within manufacturing, logistics, information technology and procurement including to help lead the merger between McDonnell Douglas and Boeing and the privatization of Kelly Air Force Base. He later went on to advise Fortune 500 companies as a practice leader at Price Waterhouse in the areas of corporate restructuring, shared services and large-scale enterprise resource planning programs.  He also helped lead the acquisition integration of Coopers & Lybrand to form PricewaterhouseCoopers.

Mr. Edgar earned his Bachelor of Science and an M.B.A. from the University of Southern California in Los Angeles.  He also maintains his General Engineering license in California.  He is a frequent TV, radio and published news contributor as well as an industry speaker and guest lecturer at universities, professional organizations and conferences on subjects that include leadership, global program management, organizational change and operations strategy.

Mr. Edgar was the Mayor of Los Alamitos, California and an elected and appointed county official for over 12 years.  Public service and philanthropy continue to be very important to him and his wife Betty.