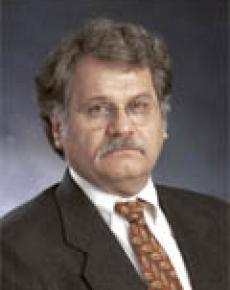 Currently, he teaches courses in disaster policy and emergency management and in disaster relief and humanitarian assistance and coordinates the Graduate Certificate in Disaster Management and MPA, MPP, and PhD concentrations in disaster management at GSU.  He is internationally recognized for his work on disaster policy and local and regional capacity-building and has served as a consultant to federal, state, and local government agencies; international organizations; nonprofit organizations; and private firms on terrorism, the management of large scale disasters, local government capacity-building, strategic planning, emergency planning, and leadership development.  He was on the advisory board and an instructor in the U.S. State Department’s Senior Crisis Management Seminar (part of the Anti-Terrorism Assistance Program) at American University which provided an overview of emergency management for senior foreign officials.  He has served on the Emergency Management Accreditation Program (EMAP) Commission since 2003.  EMAP sets standards for and accredits state and local emergency management programs. He also serves on the executive board of the Foundation for Higher Education Accreditation for emergency management and business continuity academic programs.

William Waugh is the author of Living with Hazards, Dealing with Disasters: An Introduction to Emergency Management (M.E. Sharpe, 2000), Terrorism and Emergency Management (Marcel Dekker, 1990); and International Terrorism: How Nations Respond to Terrorists (Documentary Publications, 1982); the coauthor of State and Local Tax Policies: A Comparative Analysis  (Greenwood Press, 1995); and the coeditor of Emergency Management: Principles and Practice for Local Government (ICMA, 2007); Disaster Management in the United States and Canada (CC Charles Publishers, 1996), Cities and Disaster: North American Studies in Emergency (CC Charles Publishers, 1990), and Handbook of Emergency Management (Greenwood Press, 1990), as well as the author or coauthor of over two hundred journal articles, book chapters, essays, and reports published in the United States, Canada, Europe, and Asia.  He is the editor-in-chief of the Journal of Emergency Management and on the editorial boards of Administration & Society, Public Organization Review, and the International Journal of Economic Development.  He has served three times as chair of the American Society for Public Administration’s Section on Emergency and Crisis Management.

He has also worked with broadcast and print media during major terrorist incidents and natural disasters over the past thirty years, including working with local, national, and international media during the TWA hijacking in Beirut in 1985 and the 1989 Gulf War, the Loma Prieta earthquake in 1989, the Hurricane Hugo disaster in 1989, the Northridge earthquake in 1994, the Hurricane Andrew disaster in 1992, the Atlanta Olympic bombing in 1996, the 9/11 response in 2001, and the Hurricane Katrina disaster in 2005.  He has done over four hundred television, radio, newspaper, and magazine interviews for local, regional, national, and international news outlets and services.