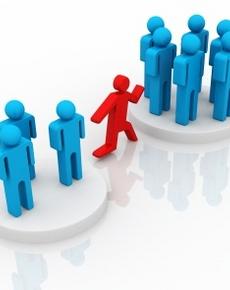 Wednesday, May 8, 2013
John Kamensky
Public Service Recognition Week recognizes a lot of hidden talent across the government. But is that talent always available when the government needs it? Sometimes, it is.

Coast Guard Admiral Thad Allen was superb at handling big, complex challenges that reach across agency boundaries.  He led the evacuation of lower Manhattan during 9/11.  He took over the Katrina rescue operations after they floundered.  He led the U.S. response to the Haiti earthquake, and the Gulf Coast BP Oil Spill.

Before Allen retired, I asked him “Where does the government find the next one hundred Thad Allens?”  He didn’t have a good answer.  But answering that question becomes more critical as the government finds itself increasingly facing cross-agency challenges.

Background.  Thirty-five years ago, the drafters of the Civil Service Reform Act of 1978 envisioned a Senior Executive Service (SES) corps of talented individuals who would serve in leadership positions across the government.  But this vision never materialized.  In fact, only about eight percent of the roughly 7,700 SESers have ever moved outside their own agency within their department, let alone outside to another department.

The SES corps is full of highly-skilled talent, but typically in specialized fields such as finance, acquisition, technology, medicine, etc. Relatively few have cross-agency experience. There are examples of senior executives who have moved, but they tend to be rarities in the federal government.

Creating a Cadre of Cross-Agency Career Executives.  Recent trends in government have created a new demand for cross-agency capabilities, thus resurfacing the importance of leaders who understand cross-agency dynamics.  Barkley notes that the requirements for cross-agency priority goals—with designated leaders for each -- contribute to this evolving demand.

He recommends creating “a small, high-level cadre of cross-agency executives” drawn from the existing ranks of career SES to take on large cross-agency priority initiatives.  He also offers a set of competencies that his research surfaced as key attributes that such executives should have in order to be successful in this newly-defined role.  These functional competencies are included in OPM guidance released in 2012, as part of its responsibilities in implementing new performance management legislation.

Barkley envisions this small cadre – of probably less than 50 executives – to work out of a special corporate management office under the executive sponsorship of the President’s Management Council, which would deploy these executives on targeted assignments.

Developing an Enterprise-wide Focus Within Departments. Barkley examined an initiative undertaken by the President’s Management Council, which is comprised of the deputies of each of the major departments and agencies, “to identify corporate best practices and strategies for developing an enterprise-wide – or whole-of-organization – perspective and experience among their career senior executives.”

The Department of Veterans Affairs (VA) pioneered these practices and strategies beginning in 2009.  It was not an easy transition, because as Barkley observes, the “VA had a strong culture of decentralized management, SES member and executives were often stovepiped and were not receiving consistent and deliberate support.”

VA created a corporate senior executive management office to more effectively develop, manage, and deploy its senior executive corps department-wide.  Barkley notes “The underlying theory in VA is that with more support and development, senior executives will be more collaborative, decisive, ethical, and more agile in leading the transformation of the department.”  Barkley says this approach could be adapted either as a governmentwide effort or by other major federal departments.