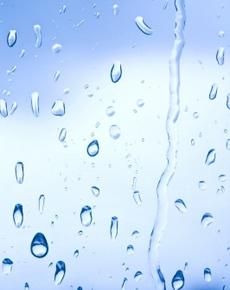 Tuesday, April 30, 2013
John Kamensky
When it rains, it pours! April saw a lot of action regarding the federal performance agenda.

The big news for many was the announcement last week that Shelley Metzenbaum, who is the Office of Management and Budget official spearheading the Obama Administration’s performance management initiatives on a day-to-day basis, will be leaving to return home to Boston.  “She arrived with a plan and gave us a set of priorities,” notes Jeff Zients, who serves as President Obama’s chief performance officer. Her legacy includes the framing and initial implementation of the GPRA Modernization Act.

But April has seen a number of other performance-related items as well, beyond the IBM Center report released in mid-April on the federal government’s new performance framework:

Senate Task Force Renewed.  Last week, the Senate Budget Committee announced that its Government Performance Task Force, chaired by Senator Mark Warner, would be continued in the 113th Congress.  Budget Committee chair Patty Murray said, “This bipartisan Task Force is an important tool to improve efficiency and effectiveness in government operations.”  In 2010, the Task Force played a key role in the drafting and passage of the GPRA Modernization Act.

Federal Performance Agenda in the FY 2014 Budget.  The section in the budget dealing with government performance and management initiatives for fiscal year 2014 outlined several Administration expectations of agencies, such as using evidence to set priorities, testing new practices to identify what works, and sharing information with the public (see Chapter 7).  It emphasized six practices for meeting these expectations:

OMB also reemphasizes its commitment to creating an “evidence infrastructure” for program evaluation and data analysis, noting that the goal should be to create:  “a culture where people are open to changing their minds and practices based upon evidence.”  It also says it wants to bridge the gap between those in agencies who focus on performance measurement and those who focus on program evaluation.

GAO Reports.  GAO is issuing a series of reports as part of its statutory obligations to monitor the implementation of the GPRA Modernization Act.  In April, it issued two:

Managing for Results: Agencies Have Elevated Performance Management Leadership Roles, but Additional Training Is Needed.  GAO surveyed all of the major agency Performance Improvement Officers (PIOs) in order to understand the status of agencies’ implementation of the various leadership roles created under the new GPRA law in 2010.  It also evaluated the role of the cross-agency Performance Improvement Council (PIC) created under that law, as well.  The report is generally positive about progress on both counts.

GAO found that “agencies have elevated performance management roles, but performance staff competency assessment and training are needed.”  The report provides a good flavor of how two agencies, the Department of Health and Human Services and the National Science Foundation, had filled their leadership roles and what these individuals did to implement the law.  But more broadly, its survey found less than half of the agency Performance Improvement Officers felt that there was enough performance management training available.

The survey also found the Performance Improvement Council helpful:  “The PIC plays a significant role in agency implementation of GPRAMA, and our survey results indicate that PIOs generally found the PIC helpful to their agencies.”  For example, 17 of the 24 agencies reported that they were able to apply successful practices and other information and tools that were shared by the PIC.

The report offered several fine-tuning recommendations, such as having the PIC update its internal strategic plan, and for the Office of Personnel Management to identify and share appropriate agency-level training in performance management.

Managing for Results:  Agencies Should More Fully Develop Priority Goals under the GPRA Modernization Act.  In this report, GAO observes that the new GPRA law “establishes a new framework aimed at taking a more crosscutting and integrated approach to focusing on results and improving government performance” which will be implemented over a three-year period.  The priority goals are intended to cover a two-year period, so the goals GAO examined cover the FY 2012-2013 period.

GAO examined how the largest 24 agencies developed their first set of agency priority goals, totaling 103, and examined in detail 21 of these goals, which had been developed by five of the 24 agencies.

It found agencies are making progress on implementing key provisions in the Act, however:

GAO concludes its report, noting that “OMB and the PIC [the cross-agency Performance Improvement Council] provided significant support to agencies during their development of APGs [Agency Priority Goals].  GAO recommends a series of more precise guidance from OMB as to expectations for collecting and reporting information, such as completion dates of projects.”

Additional GAO reviews of the implementation of the GPRA Modernization Act will be issued in coming months, as the Administration undertakes efforts to develop and produce new agency strategic plans, revised agency priority goals, and a governmentwide annual performance plan, all to be submitted with the President’s FY 2015 budget in February 2014.