Are Agencies Ready to Manage in a New World? 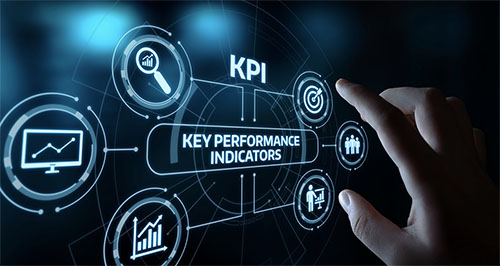 Wednesday, May 6, 2020
John Kamensky
How well are agencies managed? Given long term structural priorities as well as the immediacy of the COVID-19 pandemic and resulting government action, well-managed agencies will be critical to an effective response.

Government needs to think about effective management both in the current historical moment, and for the longer-term. Additionally, knowing how well different which agencies are managed would be a useful baseline for new agency leaders or in setting priorities for a new administration. Developing benchmarks to measure effective management would be useful for agencies to assess how they are doing over time, in comparison to other agencies, or what best practices exist for potential adoption.

A new report by University of Illinois-Chicago academics James Thompson and Alejandra Medina provides a roadmap for how to develop measures for assessing well-managed agencies -- something that has always seemed intangible.  The report’s recommendations provide a foundation on which agency leaders can build agendas to improve their management quality.

More broadly, for government reformers, the report’s proposed framework may help implement piecemeal legislative fixes that were passed with good reason and intention, but  have accumulated to contribute to systemic constraints on innovation and responsiveness.  These fixes include creating new management leadership positions like chief management officers, new administrative routines such as quarterly reporting of progress on agency priority goals, or addressing constraints such as limitations on conference spending.

Why Do It?  Creating an assessment framework has several benefits.  First is the focus that would be placed on the management function and on the centrality of that function to good performance. One interviewee for the report commented, “often the reason that programs fail is because of bad management rather than because of bad policy. It is hard to get people to pay attention to management.” The creation of a set of quality measures would help bring focus not only to the management function and to those who participate in that function, but to the question of how to achieve management excellence. And second, the mere process of conducting an assessment would create a learning dynamic. Agencies judged as well-managed would become exemplars from which others can learn – providing information that can help agencies build their “learning agendas” as required under the 2018 Foundations for Evidence Based Policymaking Act.

Past U.S. Efforts.  Different approaches have been taken over the years to assessing the quality of management in federal agencies. The Government Accountability Office had undertaken such an effort in the mid-1980s, which it called “general management reviews.” Its efforts eventually morphed into its now widely-known High-Risk List. While this list highlights major management and financial risks, it does not provide a broader framework for improvement absent additional research, such as this 2016 report for the IBM Center written by noted management scholar Don Kettl.

In the late 1990s, the Federal Performance Project -- a collaborative effort by the Pew Charitable Trusts, George Washington University, and Government Executive magazine – attempted to grade how well agencies managed their finances, people, results, and more.

In the early 2000s, a Program Assessment Rating Tool was devised by the Office of Management and Budget, which attempted to assess the effectiveness of more than 1,000 federal programs using criteria such as program design, program management, and results. The resulting scores were used to identify areas for potential budget actions.  Since then, there has not been any overarching effort to assess the quality of management in federal agencies.

Efforts by Others.  While the U.S. federal government has not in recent years undertaken comprehensive assessments of the quality of management, there have been a number of efforts undertaken in the private sector and in other countries.  These include:

Six Building Blocks. Based on their review and insights from a panel of experienced and senior government executives, the authors propose six building blocks for developing an assessment protocol to measure the quality of management in federal agencies:

First, sort out the design issues around developing a measurement protocol for management quality in federal agencies. For example, who would sponsor such an initiative? Which metrics best capture management excellence? Would the protocol have to be customized based on an agency’s size or mission?

Second, balance “bottom-up” with “top-down” approaches to the design of a measurement initiative. The authors say this is an essential element in ensuring the long-term sustainability of any protocol: “ownership needs to be shared including by managers and executives from throughout the executive branch . . . with a focus on learning rather than compliance.”

Third, engage the federal management community in designing the protocol using techniques such as crowdsourcing and creating a community of practice that would continually refine the measurement protocols. The authors note: “it is at the program level and with those responsible for program delivery that management quality, or lack thereof, becomes manifest.”

Fourth, use the measurement initiative to rethink current management practices: “whether an organization is well run is assessed ultimately is based not on how each of multiple individual functions operates but on the degree of integration that is achieved internally across functional units and between support functions and program management and externally as well.”

Fifth, evaluate the advantages and disadvantages of assigning grades to agencies. Based on the experiences of other countries, the authors note that “Grading further tends to induce gaming behaviors.”  However, “A counterargument is that absent consequences for a finding of poor management quality, agencies are less likely to divert the time, energy, and resources to achieving management excellence.”

And sixth, determine the extent to which the protocol will be based primarily on quantitative metrics vs. more subjective qualitative elements. The authors point to a number of existing metrics being collected today that could be readily incorporated into an assessment protocol, but ask whether “such a protocol need to incorporate a qualitative element such as interviews, focus groups, or surveys.”

Starting with the First Step. Thompson and Medina stress that – in order to be successful - developing and implementing a protocol to measure the management quality of federal agencies will need to involve a wide range of stakeholders from inside as well as outside government.

To that end, the Senior Executives Association has agreed to sponsor a Task Force to tackle some of the design questions identified by Thompson and Medina.  The Task Force will be headed by Dr. Noha Gaber, an experienced career civil servant who has worked in several federal agencies, with other charter members drawn from the ranks of current and former government executives and several academics who have volunteered in their personal capacities to participate.  This effort promises to help agencies adapt the recommendations as a practical measure, facilitating management excellent needed to address the current response to an unprecedented global crisis and the foundations for sustained management improvement in a new world for government.