Artificial Intelligence as a Driver for Innovation 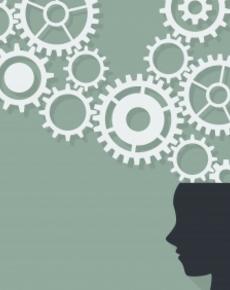 Thursday, February 2, 2017
Darcie Piechowski
Though still in its infancy, Artificial Intelligence (AI) technology is already changing the world. However, it’s not just about what the technology itself can do, but what it enables people to do – what new doors it can open. AI presents government agenc

AI is an umbrella term that encompasses a variety of capabilities that allow a computer system to perform tasks normally done by humans. Many people are also familiar with the term Cognitive Computing. Cognitive leverages several AI components, such as Machine Learning, to understand, reason, and learn much like the human brain. Cognitive complements Artificial Intelligence, enabling computers to both think like humans and understand how humans think. Current AI systems and subsystems are able to learn, make decisions, and solve complex problems. Examples include, speech recognition, self driving cars, online assistants, and image recognition. One exciting application of AI is in the medical field, helping doctors to diagnose diseases and potential treatment plans.

Considering the various applications of AI, there are two principle ways that this technology promotes innovation:

An essential benefit of AI is its ability to comb through data much faster than humans. Every year, millions of scientific reports are published, a number that only increases as time passes. Not only would it take a human much longer to review any given publication, it is impossible to review them all. However, by working together with AI, humans are able to consider vast amounts of new information in new ways.

For example, according to the White House report, Preparing for the Future of Artificial Intelligence, “At Walter Reed Medical Center, the Department of Veteran Affairs is using AI to better predict medical complications and improve treatment of severe combat wounds, leading to better patient outcomes, faster healing, and lower costs.”

In addition to affording access to new information, AI can help people consider new applications and connections from that information. Previously, interacting with computers and machines involved using a predetermined list of questions or programming, however AI does not have those same limitations. Its flexibility amplifies the possibilities of what can be done with data - what can be learned and what can be created.

While there are valid concerns about the impact of AI on some jobs (which should be mitigated through policies and regulations), the ability to leverage AI for simpler tasks frees employees to work on more complex issues. It has been shown that creativity alone is not enough to make innovation successful, but that time, too, is as, if not more, important. AI can provide government employees more time for innovating. For example, online assistants or chatbots can quickly and accurately respond to inquiries from citizens, as has been seen with the IRS’s Interactive Tax Assistant or even an AI Teaching Assistant at Georgia Tech that is helping answer thousands of student questions with a 97% success rate. This allows government employees to instead focus on solving the problems behind the questions or developing new ways to achieve their missions and deliver to citizens.

AI helps to prioritize information, which can provide focus to massive amounts of unstructured data. “Too much information for the human brain to process today is just as limiting as not having enough information was ten years ago. We must use cognitive, machine-based technology to persistently monitor this vast amount of new information, pick out the relevant pieces, and rank the information so that the human decision maker analyzes the most important and impactful information first,“ writes Chris Trainor in The Intelligence Data Problem Has Changed. The Las Vegas Health Department increased restaurant inspection citations by transitioning from random selection to an AI approach. “The agency used a software program to analyze tens of thousands of tweets in order to identify possible food poisonings. The program then connected those tweets to specific restaurants and dispatched inspectors to check for any health violations. The Las Vegas experiment resulted in citations in 15 percent of inspections compared to just 9 percent when inspections were random,” writes Tod Newcomb in Artificial Intelligence: The Next Big Thing in Government.

AI also provides an opportunity to elevate the collective knowledge of an organization and improve operational excellence. AI systems can capture the knowledge of employees and make it available to others quickly, bringing that knowledge to a broader audience than would have been previously possible. Employees across the organization are then empowered to leverage this expertise in new and innovative ways.

“DARPA [Defense Advanced Research Projects Agency], intending to reduce from years to months the time required for new Navy recruits to become experts in technical skills, now sponsors the development of a digital tutor that uses AI to model the interaction between an expert and a novice. An evaluation of the digital tutor program concluded that Navy recruits using the digital tutor to become IT systems administrators frequently outperform Navy experts with 7-10 years of experience in both written tests of knowledge and real-world problem solving,” according to Preparing for the Future of Artificial Intelligence.

Artificial Intelligence can be compared to the evolution of the human brain and the impact that had on furthering society. Ray Kurzweil, discussing the brain’s evolution said, “the frontal cortex is not really qualitatively different. It's a quantitative expansion of neocortex, but that additional quantity of thinking was the enabling factor for us to take a qualitative leap and invent language and art and science and technology.” AI will be the new enabling factor that can help the world take another qualitative leap. As AI rapidly develops, people will shape its evolution just as much as AI will shape how people behave - much like the cell phone. Its span and complexity positions government to play a critical role in this evolution, and in turn AI will help government to better serve its citizens.

If you are interested in learning more about this topic, check out the IBM Machine Learning Launch Event on February 15, 2017.