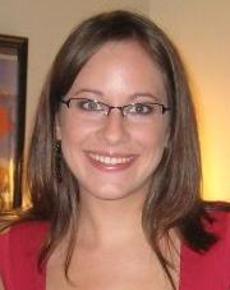 Wednesday, August 26, 2015
Darcie Piechowski
I plan to explore innovation, social media, and the intersection of the two as government’s look to better achieve their missions and serve the public.

As detailed in last week’s announcement from Center for The Business of Government Executive Director, Dan Chenok, I am happy to be starting my work with the Center as Innovation and Social Media Fellow. I plan to explore innovation, social media, and the intersection of the two as government’s look to better achieve their missions and serve the public. As I delve deeper into these issues, I expect to explore further topics worth discussing and encourage broad dialogue as part of that discussion. The Center has several reports relating to the government’s use of social media, including Ines Mergel’s Manager’s Guide for Using Twitter in Government and more recently, A Manager’s Guide to Assessing the Impact of Government Social Media Interactions, which are still very much relevant. However, I wanted to look beyond Facebook, Twitter, and the other most popular sites to examine the question of how agencies are using or could use emerging social platforms. Below are a few of these platforms and their uses, and I welcome additional examples and dialogue on this topic. Yelp – Yelp is a site with crowd-sourced reviews of local businesses, traditionally. However, just announced this month, GSA is encouraging agencies to launch their own Yelp pages in order to attain feedback from the public on their services. Yelp, more directly than other social platforms, could allow organizations to assess what’s working and what’s not from the customer’s perspective. Periscope – Launched in March, Periscope streams live video to viewers who can add comments and questions. A few organizations have already tested out Periscope: Treasury streamed Secretary Lew’s remarks on the new $10. The Smithsonian National Museum of Natural History showcased their Dinosaur collection, and the Department of Justice broadcasted a Press Conference in Cleveland. While still in its infancy, agencies can use this kind of technology to give the public access to inside experiences such as: facility tours, major events, interviews and Q&A’s, or announcements and press conferences. Reddit – Reddit is a virtual bulletin board where users can post text, media, comments, and links. Though still more popular with tech-savvy groups, Reddit is becoming increasingly mainstream. The City of Austin took a chance on Reddit and found it was a great way to interact with their citizens and drive up views of their content. Government organizations can use Reddit to host Q&A sessions, to promote events, or to drive co-collaboration with citizens. Vine – Images are captivating, and many agencies have had success with Instagram for that reason, but Vine’s six second videos take images one step further. In many ways, Vines act like mini-ads wherein organizations can promote their mission and the work being done to achieve it. Air Force and National Highway Traffic Safety Administration are two examples of organizations utilizing Vine in this way. Agencies can use Vine to provide a quick look into what they are doing, as a reminder for an upcoming event, for a public service announcement, or even for recruitment. Given constrained resources, it is critical for agencies to focus their social media efforts and to be aware of what’s out there in order to best inform their decision on which platforms to use. Social media provides a unique opportunity for government organizations to drive citizen engagement, and the methods for doing that are ever growing. For those working in or with an agency and interested in trying a new platform, we’d welcome your thoughts on how best to do so.