Beyond the operating room: Applying military healthcare data insights to the civilian sector 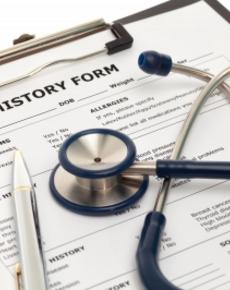 Friday, December 2, 2016
Jim Markham
As the healthcare sector steps into the future with the assistance of big data, the push for medical readiness and subsequent volumes of data from Soldiers, Sailors, Airmen, and Marines can provide insight for transitioning to value-based healthcare.

Major Jim Markham is an operations research / systems analyst in the Army.  He is currently serving as a Research Fellow in the Training with Industry program, during which he works with IBM for one year before returning to the Army, including time with the Center for The Business of Government. His fellowship is intended to help him learn how industry applies big data and analytics to healthcare challenges in order to take this knowledge back to the Army.

Military conflict has long been associated with the development of techniques and procedures for medical personnel treating traumatic injuries.  Active conflicts result in higher numbers of traumatic injuries, which prompts both the refinement of existing treatments and the development of new ones.  From the standardization of amputation care during the U.S. Civil War, to the evacuation system capable of evacuating casualties from the battlefields of Iraq and Afghanistan to U.S. based major trauma centers, rates of death from injuries have plummeted.  More injuries mean more replications, more replications mean more data, and more data means more development.  Because these developments spread throughout the medical profession, the child who is struck by a car and has his lower leg shattered benefits from the medical expertise gleaned from our current 15 years at war, and all the conflicts before as well.

As healthcare transitions from fee-for-service to value-based operations, there is a need to define the actions organizations must take in order to create value, and produce lessactivity. Unlike the civilian population, servicemen and women are required to go in for annual assessments whether they’re sick or not.  Additionally, the military has access to significant amounts of other correlated data, which can help define the actions by which individuals stay healthy. In the civilian sector, since there is no requirement for healthy individuals to see a provider, there is a lack of complete data. The military data can provide insight here.

The data itself - During his fellowship here at IBM, Lieutenant Colonel Josh Helms discussed how to properly define collected information as “big data.”  It is instructive to have an understanding of the “extra V’s” (veracity and value), as IBM Distinguished Engineer Kevin Hall relayed in our discussion of the topic: “Just worry about the 3 V’s,” meaning volume, velocity, and variety.  Military healthcare data definitely meets the ‘3-V’ standard, with over 200,000 daily patient interactions at over 1,000 locations in Army Medical Command (MEDCOM) alone.  Data is created and stored at every step of the healthcare process, and more data than ever is available to medical analysts.  In the civilian sector this data is stovepiped and contained in a myriad of databases which cannot, and in some cases may not legally talk to each other.  For example, I have been treated by civilian providers in five different states (and by military providers in two more states and two foreign countries).  If I had private insurance, my insurer would have access to the billing data from all of those locations.  But the actual diagnoses, test results, and doctors’ notes are all in separate health systems, never to be compiled.  However, because I am a Soldier, the Army has access to, and is allowed to collect all of those records.

One caveat, however, is that while the military has the authority to collect more data than the civilian sector, this data doesn’t all get stored in the same place. Several of the individuals I interviewed independently mentioned this problem with data governance as a looming issue. The data we do have currently resides in multiple independent systems distributed throughout the Military Health System (MHS).  Colonel David Trybula, the director of prospective clinical analytics with the Army Surgeon General’s office, mentioned that one of his current pain points is that the data exists in disparate networks that aren’t connected. Similarly, Dr. Keith Salzman, the IBM Chief Medical Information Officer - Federal Global Business Services, noted that data governance, and specifically IT governance as it relates to these silos of information result in poor delivery of analysis.  Being allowed to access all the data, and being able to do so are entirely different things.  The ability to look at all the data at once would help develop an “analysis that is actionable at all levels, and gets after outcomes not output” as Colonel Trybula put it.  Dr. Salzman did note that with the advent of ICD-10 classification in military health systems, linking and the normalization of data across those multiple systems would be more accurate.  Both noted that modern analytic tools capable of ingesting and seeing all of the data at once are the logical and necessary step forward.

Population representation – The MHS beneficiary population is reasonably representative of the U.S. population as a whole, being drawn from all of the 56 states and territories.  It represents a good first sample of ‘what right looks like,’ but there are some notable issues.  The MHS subset contains reasonable representation along geographic and ethnic divisions, but females are underrepresented, and the average skews significantly younger than the general population.  Some of this problem is mitigated by the military health system also serving families, retirees, and others.  For example, Army Medical Command (MEDCOM) currently serves approximately 3.8 million beneficiaries.  Of those, only five-hundred thousand are active duty.  While these additional records are not as complete as those for active duty Soldiers, any care received in civilian healthcare networks is captured through the TRICARE billing data.  This expanded data collection lets us build a more general model for health, allowing for rapid translation to the civilian populace.

Develop outcome measures – As the military transitions to a value-based healthcare system, well defined outcome measures will help both drive management of that system and aid in translating best practices to civilian healthcare.  As a primary step, the archaic, unconnected data silos need to be updated and migrated to a modern, scalable architecture, in which analysts can utilize tools to process more comprehensive data sets.  Proper data governance, which understands that the use of the data is just as important as storing the data, will allow a rapid transformation of that data into information and knowledge.  With the ability to see and understand all of the data, a more holistic picture of the readiness situation can be developed, with an emphasis on looking at things that directly drive outcomes, rather than simply the things that are easy to measure.

This last step is likely the most difficult, due to the fundamental difference in patient choice between the military and civilian sector.  However, by properly establishing sound links between data models and health outcomes, we can fill in the gap in civilian data, and provide the same enhanced process development for keeping individuals healthy as is currently done for repairing and rehabilitating trauma.

***The ideas and opinions presented in this paper are those of the author and do not represent an official statement by IBM, the U.S. Department of Defense, U.S. Army, or other government entity.***

Image courtesy of phasinphoto at FreeDigitalPhotos.net