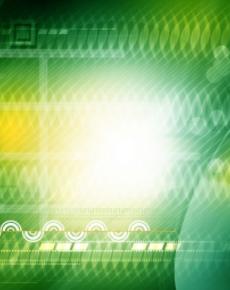 Monday, March 27, 2017
Darcie Piechowski
As a technology once known only as the underlying ledger system for the digital currency, Bitcoin, Blockchain has emerged to have even greater potential for both private and public organizations well beyond its financial roots.

Simply put, Blockchain is a type of distributed ledger that can be likened to bookkeeping, where transactions are recorded as “blocks” and any modifications or related transactions are also recorded and linked creating a connected “chain”. This provides a unique opportunity to address pressing issues government organizations face, such as transparency, fraud detection, and efficient and improved services.

Building citizen trust starts with a more open government. Blockchain is a shared, distributed ledger with multiple owners or operators. This means that all parties on the ledger have visibility into transactions and changes that may have been previously invisible.

For example, in 2015, a mayoral candidate for the City of London proposed using blockchain technology to allow the public visibility into the city’s budget. This could give citizens insight into how funds are spent and even allow them to partake in decisions on future allocations.

Blockchain could also help with giving citizens better transparency into their own data. Estonia is taking electronic health records to the next level by incorporating blockchain technology in order to track records, whose accessing them, and changes to those records. This not only gives the public better transparency, but also ownership over the data and the ability to control their own healthcare.

A big challenge for government is its ability to efficiently track and identify transactions and individuals, particularly with limited resources. This is often exploited, costing the government billions of dollars in fraud. The transparent and networked nature of blockchain, however, makes it much harder to abuse the system. In addition, blockchain can help with unique identification of individuals, making it difficult for them to pose as someone they are not.

Concerns over voter fraud could be alleviated by using a blockchain. Each individual would have a unique and immutable identification, which could be authenticated during elections and ensure that individuals could not vote multiple times.

This method could then be applied not only to individuals but to entities as well. In response to losing nearly $200 million in a fraud case, the Singapore government is leveraging blockchain. “Fraudulent companies used duplicate invoices for the same goods to get hundreds of millions of dollars from banks, so the Singapore government developed a system with the local banks focused on preventing invoice fraud by having the blockchain create a unique cryptographic hash (a unique fingerprint) of every invoice. The banks share then, this unique key, rather than the raw data. If another bank tries to register an invoice with the same details, the system will be alerted,” wrote William Mougayar in Why the Blockchain is Perfect for Government Services.

Blockchain can bring together data that was previously held in various siloes, with different people or organizations owning different pieces. That complexity and lack of visibility into the full process can create inefficiencies that can slow or disrupt service.

“Imagine a world where upon birth an individual’s name, date of birth, parents and some other biographical data are recorded and stored in a distributed ledger. That individual – only hours old – and her parents own that record and data, not a company, state or federal government.

The identity can be used to register for school and enable access to health care and other social services,” writes Zack Martin in Blockchain and Identity. This is not to say that the blockchain will or should host Personally Identifiable Information (PII), like a birth certificate. It could, however, link to that information with only the minimum necessary PII available, such as a confirmation of US residency, thereby increasing the efficiency of processes involving PII. Furthermore, the ownership and control of that information would lie with the individual.

In addition to streamlining many processes, blockchain also can help organizations create entirely new or improved services, and challenges are a great way for agencies to solicit innovative ideas. For example, the United Arab Emirates organized a virtual hackathon to build an innovative blockchain app. Winning ideas include revolutionizing toll roads, health information, land registries, and homelessness. In addition, the Department of Health and Human Services’ Office of the National Coordinator for Health Information Technology issued a Health IT blockchain research challenge. Winning submissions focus on topics like improving data integrity and interoperability, enhancing the claims process, verifying credentials and identities, preventing counterfeit drugs, and increasing privacy and security.

It is important to note that while blockchain can provide citizens with more trusted interactions, better data sharing, and transparency, the blockchain itself will not be seen by citizens. Instead, it will employ the four essential components of a distributed ledger: consensus, provenance, immutability, and finality to work seamlessly in the background of apps, websites, and other touch points to provide more secure and streamlined interactions with government organizations. Moreover, this technology will not only improve existing services, it can inspire new and innovative services as well.