Competent Management: Getting the Basics Right 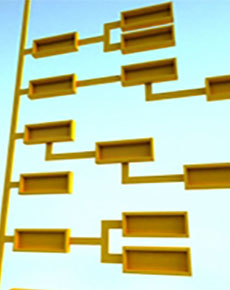 Wednesday, September 13, 2017
John Kamensky
Federal agencies are currently in the midst of developing grand reform plans and four-year strategic plans to submit to OMB this week. But sometimes it is worthwhile to stand back and look at whether you’re doing the basics right.

A new article in the Harvard Business Review by a team of researchers led by Raffaella Sadun, Nicholas Bloom and John Van Reenen, have done just this, for private sector companies.  But their lessons apply in government as well, observing: “Core management practices can’t be taken for granted.

Their research confirms quantitatively that: “Firms with strong managerial processes perform significantly better on high-level metrics such as productivity, profitability, growth, and longevity.”  However, they also found via extensive interviews that “ . . . competent management is not easy to replicate.”  They found: “Achieving managerial competence takes effort, though: It requires sizable investments in people and processes throughout good times and bad.”

What did they do?  Over the past decade, this team of researchers identified a handful of 18 key management practices that seem to be critical to operational excellence, such as setting clear goals and metrics, and choosing the right targets to pursue.  They grouped these practices into four areas: operations management, performance monitoring, target setting, and talent management.  Statistically, they learned that “their adoption accounts for a large fraction of performance differences across firms and countries.”

They interviewed managers from more than 12,000 companies in 34 countries about their use of these management practices, rating each practice on a scale of 1 to 5, where higher scores represent a greater rate of use.

Particularly interesting was when they focused specifically on U.S. firms using U.S. Census data they found “variation in management practices inside firms across their plants accounted for about one-third of total variation across all plant locations.” This was particularly true in large companies “where practices can differ a great deal across plants, divisions, and regions.” The bottom line: some parts of large companies are well-managed, but others are not.

Another interesting finding was that large gaps in basic managerial practices “were associated with large, persistent differences in firm performance.”  They found that if a firm were to move from being rated in the lowest 10 percent to the highest 10 percent of management practices, the this would result in 25 percent faster annual growth, 75 percent higher productivity, and increased profits. The bottom line: operational excellence matters!

What causes the differences they found?  Some of the variation between firms was driven by external factors, such as the intensity of competition or different levels of government regulations in different industries and countries.  But these external factors were not the driving force.  Most of the differences could be traced to internal actions in the firms studied.  These include:

The researchers also found that “management quality was significantly higher in organizations in which the CEOs dedicated a larger portion of their time to employees than to outside stakeholders.” This is counterintuitive to much of the advice given top leaders, which is to focus on external customers and trends in their industry.

How does this relate to federal agencies?  Government agencies strive for operational excellence, as well. This is often a key goal in many of their strategic plans.  In fact, there are a number of efforts to gauge and encourage it.  These include:

Conclusion. There is currently no overarching set of metrics used in U.S. federal agencies to gauge organizational effectiveness.  However, there are models in other countries that might serve as an inspiration.  For example, New Zealand has developed a Performance Improvement Framework model that it has used for over seven years.  There are corporate models as well, that have international reach such as Danaher, Nike, and Moleskine. The researchers behind the Harvard Business Review article conclude: “Core management practices, established thoughtfully, can go a long way toward plugging the execution gap and ensuring that strategy gets the best possible chance to succeed.” And this is true for government as well as the corporate world!