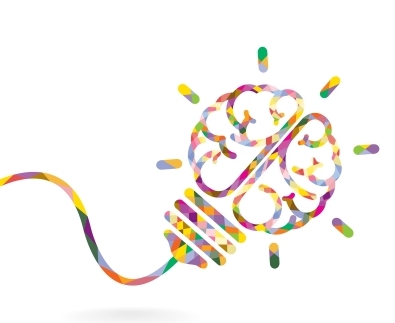 David Yokum, a pioneer in the field, says: “Applied research can be remarkably difficult, as theories often fail to work in practice. We need scientists shoulder-to-shoulder with practitioners in those moments, co-designing fresh ideas and iteratively experimenting to optimize solutions.”

A critical mass of talent has evolved in recent years among practitioners in government, for-profit entities, non-profit entities, and academia.  There is also substantial sharing among them.

As noted in earlier blog posts, there are pockets of talent and experience in using behavioral insights across the government, at all levels. Following will be a brief overview of the talent and resources for public sector behavioral science approaches that have evolved in academia, the private and nonprofit sectors, and internationally.

Much of the academic expertise in behavioral science has developed in the business and economics programs in various universities. More recently, some have developed in schools of public administration.Some of the more notable include:

University of California – Berkeley.  The school’s economics and finance programs helped establish the field based on the pioneering work of Daniel Kahneman and Amos Tversky about 30 years ago.  It prides itself on its interdisciplinary approach and applications in policy areas such as labor, finance, and health economics. It is affiliated with the Behavioral Economics Group – a behavioral science network with 40,000 members worldwide that has created a training academy with workshops that focus on private as well as public sector uses.

University of Chicago.  The Booth School of Business has an established program and is the home base for Richard Thaler, 2017 Nobel Prize recipient who built on work of Daniel Kahneman and co-authored Nudge, with Harvard’s Cass Sunstein, which applied the  principles of behavioral science in the public sector.

University of Toronto.  The Rotman School of Business hosts a research center on behavioral science - Behavioural Economics in Action at Rotman.  It prides itself in looking at “social and economic problems from a behavioural science lens and design solutions that go beyond the traditional approaches of applying incentives, penalties or provisioning information.”

Harvard University.  The university’s Kennedy School sponsors the public sector-oriented Behavioral Insights Group, led by Todd Rogers.  Founded in 2013, it is comprised of decision research scholars, behavioral economists, and other behavioral scientists.   They focus on improving how organizations and leaders make decisions.

Brown University. The university recently established an interdisciplinary Policy Lab, led by David Yokum, that helps create city-level innovation labs, with a focus on the use of behavioral public administration principles. Its goal is to “develop evidence-based policy programs that improve lives and strengthen communities.”

Engaging academics in helping improve government programs has pluses and minuses.  On the positive side, they bring the latest methods and an aura of independence.  On the negative side, they have incentives to produce published papers and write for their peers, not necessarily communicate well with practitioners.

The Evolving Critical Mass of Practitioner Talent Outside Government

While academia has been the source for many of the methodological techniques that have evolved in the behavioral science field, there are a couple pioneering practitioner-oriented organizations outside academia and government that have been important contributors to the movement to apply behavioral insights in government, namely the Behavioral Insights Team and ideas42.

Behavioral Insights Team.  The Behavioral Insights Team started in 2010 as a governmental unit in the Cabinet Office of the United Kingdom. It subsequently spun off and became a private, social purpose company, still partially owned by the British government. It has a global reach with 180 people in six offices around the world, including a North America headquarters in New York City.

The North America office, led by Michael Hallsworth who was with the original team in the UK, opened its offices in 2015, in New York City. It has worked with 50 US cities so far, largely in partnership with the Bloomberg Foundation’s What Works Cities initiative. Its focus has been on helping cities develop expertise in low-cost evaluation and training in the use of behavioral insights. However, it also works on international development projects with bodies like the United Nations, and has an increasing portfolio at the US federal and state levels.

Hallsworth says when they started in the US, they took on projects in response to the interests of individual cities, with an emphasis on experimentation.  They are currently focusing on a new approach, where they are working with ten cities around a common theme – creating economic mobility. He says they want to go beyond just discrete problem-solving of specific issues to helping improve internal city policy- and decision-making processes.

Hallsworth says they’ve worked with cities to help them develop their own internal capacity. For example, the Behavioral Insights Team has worked extensively with Scottsdale, AZ, where the city formed its own "BIT Scottsdale" in 2016, with 16 members across a variety of city departments that conduct their own trials and analyses.

Over the years, it has summarized its experience into useful “how to” guides for local government officials.  In 2016, it published Behavioral Insights for Cities which gives an overview of some of its US-based city-level work.  And in 2018, it summarized some of its lessons, largely from a UK perspective.

ideas42.  Another pioneer in the public sector use of behavioral insights is the non-profit ideas42. ideas42 started as an academic project at Harvard in 2008 and split off into a nonprofit entity in 2011. Now more than a decade old, its staff totals about 130, with about 80 affiliated academics.

Executive Director Josh Wright says that, like the Behavioral Insights Team, they work internationally, but more in the developing world. He says they have 70-80 ongoing projects at any one point in time and work with nonprofits as well as governments in more than 35 countries.

In the US, they’ve worked at all three levels of government, doing work at federal and state agencies as well as helping cities develop their own behavioral science capacity.  For example, they worked with state-level food and nutrition programs in California,  the city of New York to improve criminal justice outcomes, and the city of Chicago to design an effective plastic bag tax. They are currently working on a cross-city theme, helping various cities, such as Columbus and Portland, with their climate change challenges.

Like the Behavioral Insights Team, they have published a number of useful resources for public managers such as a playbook on how to set up a behavioral insights team, and is a contributing partner to an inventory of case studies and projects, along with helpful checklists, on the Behavioral Evidence Hub.

The behavioral science in government movement has gone international, as has been demonstrated by the scope of work of the Behavioral Insights Team and ideas42. For example, both the Organization for Economic Cooperation and Development (OECD) and the World Bank have sponsored research and support.

OECD 2017 Study. OECD published Behavioural Insights and Public Policy: Lessons from Around the World, a compilation of 100 case studies of the use of behavioral science techniques in a wide range of policy areas, such as consumer protection, education, health and safety, environment, and public service delivery.

World Bank Mind, Behavior, and Development Unit.   The World Bank began incorporating behavioral science into its own projects and projects in developing countries in 2015 with the publication of the World Development Report 2015 on Mind, Society, and Behavior. Over time, the staff working towards operationalizing behavioral science coalesced to form the Mind, Behavior, and Development Unit (eMBeD), the behavioral science team to the Bank. According to Varun Gauri, the co-lead for eMBeD, the team has more than 50 active and 30 completed projects.  The Bank released a report earlier this year,  Behavioral Science Around the World – 10 Countries, that sums up the governance structure of initiatives underway in countries as varied as Australia, Denmark, and Peru. Their website also features results briefs on dozens of projects.

Global Academic Resources.  The use of behavioral science in government continues to grow and so do the global resources for behavioral scientists. There is now a website for behavioral scientists, aptly named behavioralscientist.org.  It provides academics and practitioners real-time learning on the use of different choice-architecture tools, etc. In addition, a new open-access peer-reviewed academic journal, The Journal of Behavioral Public Administration, launched in 2018. According to its website, the journal “welcomes articles from across the behavioral sciences, including economics, public policy, political science, psychology, sociology, law, communication, and even biology -- provided they have relevance for public administration theory or practice.”