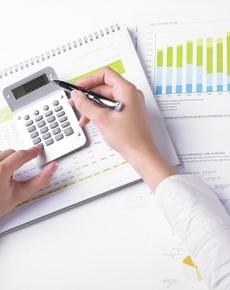 This trend is the heart of what is being called “evidence-based government” and there are initiatives both inside and outside the federal government to use evidence and program evaluation to reframe budget debates in ways that reflect the value being created, not just the dollars being spent.

For example, a recent Washington Post article highlighted the Even Start program in the Department of Education, which was created in 1988 to help youths from disadvantaged families do better in school and by 2004 it was spending $248 million.  But program evaluation studies from more than a decade ago found no evidence that it worked, so President Bush, and then President Obama, recommended abolishing it.  It currently is unfunded.

What’s Driving the Push to Use Evidence?

There are a number of forces that are driving various advocacy, political, and program leaders to pay attention to performance information, evidence, and program evaluation in government programs:

As a result, a number of initiatives have been launched in recent years in both the federal government as well as in the state-local-nonprofits sectors.

Even conservatives see value in this approach, starting under the Bush Administration. For example, his domestic policy advisor, John Bridgeland, is an advocate for a “results” focus.  He said at a recent forum that when he was in government, there were 339 programs providing $225 billion in aid to 15 million at-risk youngsters.  He said he was frustrated that these programs were largely independent of each other in siloed systems and not examined by policymakers in a portfolio approach as might be done in program investments in the private sector.  His frustration has been mirrored by Melody Barnes, a former Obama domestic policy advisor.  She says it is important for policymakers to take a longer view and we need to create the mechanisms for political leaders to do so.  Both she and Bridgeland advocate “investing in what works.”

Today, OMB leadership is attempting to better integrate its “evidence” agenda with its “performance” agenda.  And as they move forward, they are finding that private foundations and universities are excited by this initiative and want to partner with agencies to help them do this.

So, what are federal agencies, nonprofits, and others actually doing?  . . . . This post is the first in a series on Evidence-Based Government initiatives.  Following are the other posts:

Part 3:  Five Steps to Building an Evidence-Based Culture in Government