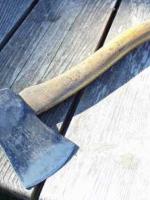 Monday, December 21, 2009
John Kamensky
OMB released a report today, “Acquisition and Contracting Improvement Plans and Pilots: Saving Money and Improving Government,” which follows up on its July 2009 directive that agencies trim 7 percent – about $40 billion -- from their contracting budgets

OMB released a report today, “Acquisition and Contracting Improvement Plans and Pilots: Saving Money and Improving Government,” which follows up on its July 2009 directive that agencies trim 7 percent – about $40 billion -- from their contracting budgets over the next two years by improving their buying processes.

OMB says that agencies have undertaken several steps to achieve $19 billion in savings for the first year:

OMB also reports that the Chief Acquisition Officers Council is “identifying new strategic-sourcing approaches, and how to structure contracts so as to provide better value for a lower price for commonly acquired goods and services.”

In a related story, the Washington Post’s Ed O’Keefe reports OMB deputy director Jeff Zients said “The government is the world's largest total buyer of goods, but has permitted agencies to act as separate customers for too long, contributing, in part, to wasteful spending” and that OMB will increase most agencies’ acquisition workforces by about 5 percent in the coming fiscal year.

OMB offered several examples of how agencies are trimming their contracting costs:

OMB says it will launch an on-line dashboard in spring 2010 to “allow the public to track whether agencies are progressing in their efforts. . . . Where progress is insufficient, OMB will work with agencies to develop aggressive steps to meet their targets.”

The Washington Post article also noted: “One item missing from the report is eagerly anticipated guidance on the definition of "inherently governmental functions," a critical term in the contracting community that would clarify the tasks and services contractors should no longer conduct. Obama asked OMB to provide guidance on the matter in March. The agency promised to deliver an answer by year's end, but officials said they need a few more weeks.”