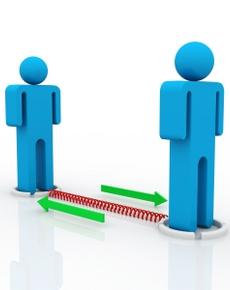 Monday, February 9, 2015
John Kamensky
The distinction between management and leadership is important because they serve different roles in an organization—and they require different approaches in how they are developed.

The Government Accountability Office has released its updated list of high risk areas across the federal government. It flags for attention the mission-critical skills gap in jobs such as telecommunications, cybersecurity and acquisition. But there is also a growing gap in experienced managers and leaders as baby boomers head for retirement. What approaches are needed to ensure the next generation of managers and leaders are ready? Understanding Distinctions in Roles The distinctions between the roles of managers versus leaders have been described by the well-known business writer, Michael Watkins. In a Harvard Business Review article, he says the differences are predominantly shifts in perspective and responsibility from specialist to generalist, analyst to integrator, tactician to strategist, problem solver to agenda setter, or warrior to diplomat (that is, getting things done at all costs versus thinking about future battles and the need for alliances). While Watkins’ list may imply that managers are lesser beings, I don’t think that is his intent. He is just trying to provide examples of the distinctions, which imply that how you prepare for the different roles varies. Good program managers are critical to effective program implementation. Developing leaders, however, is more complex. In the federal government, there are ECQs—executive core qualifications—for the development and selection of its career senior executives. They are a good starting point for understanding the characteristics of an effective leader. But Bob Tobias, an American University professor and an astute observer of leadership, says, “A good leader needs foresight, insight, resilience, critical thinking, emotional and social intelligence.” He is concerned that the ECQs are not sufficient to predict success as a leader. For example, the ECQs stress the need to be flexible and open to new information. But this doesn’t really get at the importance of being comfortable with ambiguity and the lack of information. How Do You Develop Managers and Leaders? Harvard professor Bob Behn is exploring this issue by trying to understand the distinction between sharing explicit knowledge versus sharing tacit knowledge. He says that “if we cannot explain our knowledge, it cannot be used by others.” This conundrum is relevant to understanding how we develop managers and leaders. He explains this by using the analogy of the differences between training a cook and training a chef. Behn says a cook learns the routines of how to follow the recipes and ensure they are repeatable. His or her work is procedure- and process-driven. Training cooks—and managers—is relatively straightforward. There are prescribed approaches. There are recipes and rules. They learn what to do. They can be certified for being able to demonstrate these skills. In contrast, a chef learns why different ingredients and techniques work together and how to deviate from or create new recipes. They have to internalize principles with practice and experience. They often face situations that are unlike what they’ve seen in the past, but they can apply values or principles they’ve learned or developed. Because the learning is tacit, it often involves person-to-person interactions—watching masters to see how they develop values, principles and behaviors that work, given unexpected ingredients that vary from meal to meal. They learn why to do something. There are no certifications that can attest to their ability to deal with ambiguity and nuance, and offer good judgment. Learning to be a leader almost involves an apprenticeship approach. What Is Being Done? The Office of Personnel Management and other agencies have an existing network of training opportunities for managers. In addition, many professional associations and universities offer certification courses for managers. There are also some leadership learning opportunities, such as programs at the Federal Executive Institute. But the Institute largely offers a framework for leadership development—the actual development occurs on the job. Interestingly, there is an intriguing new opportunity for developing leaders on the job in the federal government—the recently launched White House Executive Leadership Development Program for Future Senior Career Executives. This initiative, first announced by President Obama in his meeting with senior executives in December 2014, was kicked off earlier this month. It will allow high-potential talent to work on cross-agency assignments and interact with top leaders across government. In addition, OPM Director Katherine Archuleta says an SES mentoring program and coaching network are in the works as well for current executives. These kinds of opportunities have historically been available in the military—now this approach is expanding to the civilian side of government. While these are fledging initiatives, as they grow they will serve as conduits for sharing the tacit knowledge of how to be effective leaders for future cohorts of executives. Image courtesy of jscreationzs at FreeDigitalPhotos.net