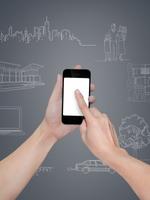 Tuesday, February 23, 2016
John Kamensky
n 1835, Alexis de Tocqueville wrote “Democracy in America” as a reflection of what he saw in his visits to America. His hope was that his target audience, the French, would see what their future could be like if they were to adopt the same vision as what