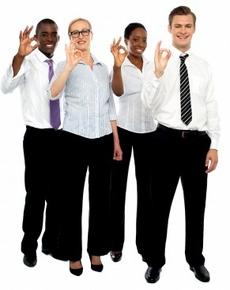 Wednesday, January 15, 2014
John Kamensky
A recent news story of how the on-line shoe company Zappos has eliminated the position of manager has raised again the question of whether management matters. A new Harvard Business Review article says “yes,” and they have the data to prove it.

I'm sharing only two links today.  The first is to a trend piece from Fast CoDesign on trends for 2014.  Some of the more salient ones:

The second is this story from NPR, with accompanying infographic, on all the jobs in America.  An amazing data-driven story with all sorts of implications for government, the private sector, and a case study in how to tell a visual story based on its underlying numbers.

OMB revising data breach reporting requirements
The Government Accountability Office in a recent report found the requirement for agencies to report data breaches to the Homeland Security Department within one hour of discovering the incident is of little value. DHS' U.S. Computer Emergency Readiness Team told GAO that the one-hour time frame doesn't give a clear picture of the reported incident and the information isn't used to help remediate incidents or provide technical support to agencies.

What are the strategic priorities of the National Institute of Allergy and Infectious Diseases? What has been learned about emerging and re-emerging infectious diseases? What’s on the horizon for the NIAID? Join host Michael Keegan as he explore these questions and more with Dr. Anthony Fauci, director, NIAID.