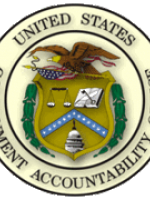 Thursday, August 5, 2010
Surveys show that the public would have more confidence in government if it could get rid of duplicative and overlapping programs. Can we do this? Should we do this? GAO has been mandated to figure this out.

A recent survey by the left-leaning Center for American Progress find that most Americans lack confidence in government and one of the leading factors is that three-quarters feel that government agencies duplicate the efforts of other agencies.

As part of the deal for raising the debt ceiling last December, Congress agreed to an amendment by Senator Tom Coburn to:

“. . . conduct routine investigations to identify programs, agencies, offices, and initiatives with duplicative goals and activities within Departments and governmentwide and report annually to Congress on the findings, including the cost of such duplication and with recommendations for consolidation and elimination to reduce duplication identifying specific rescissions.”

GAO is taking this seriously and is assigning a good number of staff to this effort.  According to GAO, its prior and ongoing work have identified 30 individual programs and activities for additional work “where fragmentation, overlap, and duplication may be an issue and where actions to address them could result in financial and other benefits.”

GAO plans to look at targets of opportunity on a cyclical basis rather than making this a one-time effort. The first year will focus on federal programs that are in the discretionary budget.  In future years, it may expand its scope to “to include entitlement programs, tax policies and tax expenditures, and other issues, such as overlap in federal and state programs.”

The first report will likely be issued in early 2011 when the new Congress convenes.

The IBM Center has just released a report on food safety that touches on the confusing and overlapping jurisdictions of 15 different agencies.  The report, for example, notes:  “An open-faced ham-and-cheese sandwich is inspected by the USDA, while a closed-face ham-and-cheese sandwich is inspected by the FDA.” The food safety system, of course, has long been on GAO’s list of fragmented and overlapped programs.