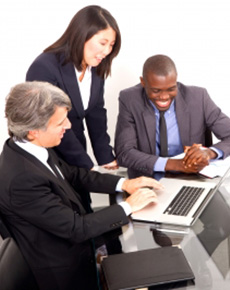 Wednesday, December 20, 2017
John Kamensky
Why is increasing employee engagement at work seen as such a big deal?

In a 2016 review of more than 82,000 work units across 230 organizations covering nearly 2 million employees, the Gallup Organization found: “The relationship between engagement and performance at the business/work unit level is substantial and highly generalizable across organizations.” So, it is no wonder that the Office of Personnel Management, in its annual survey of federal employees, assesses the extent of employee engagement, as well.  In its 2017 survey, OPM reports that government-wide, 67 percent of employees responded that they were engaged at work – as measured by factors such as whether their leaders provide leadership and that they are having a good work experience (the highest since 2011).

The Partnership for Public Service also analyzes the same OPM data and provides its take on employee engagement.  Their most recent report, released in early December, notes that “Leaders have a big impact on employee engagement,” and observes that typically, “effective leadership” is rated as low (55 percent) but improving.

Because of its link to improved performance, the strategic focus on the use of employee survey data is on their job engagement, not necessarily their satisfaction (15 questions from the 84- question annual Federal Employee Viewpoint Survey are used to create the engagement index).

So, if leadership matters, what does it look like?  Three agencies shared their experiences at recent panel sessions at the National Academy of Public Administration on how they significantly turned the corner with regard to their employee engagement scores in recent years. Here’s what happened:

U.S. Department of Agriculture.  The Department of Agriculture in 2015 ranked #16 out of 19 large federal agencies.  By the end of 2016, it had improved its ranking to #9, and climbed to #7 in 2017.  Top level leadership commitment was key to this sharp shift, starting with the Secretary.  USDA’s leaders saw improving employee engagement as a long-term process, and as much art as it is science. They saw the key as creating a stronger communication link between leadership and employees, and responding to specific weaknesses.

As a start, then-assistant secretary for administration, Greg Parham, became the department’s “face” for its effort in late 2015 to improve employee engagement.  He travelled the country, meeting with employees and holding town halls to learn directly from them what they felt they needed.

But the effort was not entirely centralized.  The departmental leadership let each USDA program unit decide how to approach improvements needed within their own unit. However, some initiatives were run centrally at the department level, such as improvements in diversity and employee retention.

In addition, the department made several important investments – it developed a cadre of internal coaches, created an engagement office, and used employee advisory councils to solicit input and serve as trusted communication channels.

And Dr. Parham took personal actions to demonstrate the importance of learning from each other’s experiences.  For example, to improve interactions among the various mission-support offices (such as personnel, acquisition, and IT), he had each of those leaders each take on his job as assistant secretary for management so they could see the importance of the connections between their individual roles and the overall operation of the department.

Veterans Employment and Training Service (VETS) at the Department of Labor.VETS is a relatively small agency within the Department – about 250 staff – which “prepares America's veterans, service members and their spouses, for meaningful careers, provides them with employment resources and expertise, protects their employment rights and promotes their employment opportunities.” About 90 percent of the field staff are veterans and are very committed to their mission but historically felt they were not being supported by headquarters. This was reflected in low employee engagement scores.

Terry Gerton joined VETS in 2012 as part of a new leadership team to help turn the organization around over the next four years. They undertook an integrated leadership approach to improve both trust and engagement.  These included:

And in 2015, in order to create longer-term sustainability, the VETS and departmental initiatives were cascaded down to the field level.  Beginning in 2015, VETS regional administrators developed regional operating plans that translated the VETS operating plan into priorities and activities within their regions. Each regional director was required to develop their approach for responding to the results of the employee survey.

Over this four-year period, VETS headquarters became more transparent in how the employee survey data was being used, by extending the availability of analyses to each region so they could develop focused improvement plans and institutionalize improvements.  And its engagement score increased by 30 percent!

General Services Administration.  Like the Department of Agriculture, GSA’s employee engagement scores had dropped several years in a row.  In 2015, GSA ranked slightly below the median among mid-sized agencies.  In response, GSA’s top leadership brought in a consultant to analyze its employee survey data at a high level in order to help them set priorities for action.  GSA’s leadership chose to move along two tracks:  one was agency-wide and the other was at the office level. Former deputy administrator Adam Neufeld said the GSA-wide efforts included a follow-up survey to develop a more specific understanding of employees’ responses OPM’s survey questions so they would be more “actionable.”  For example, the OPM survey question about “trust in leaders” was broken down to distinguish between front-line, career SES, and political leaders.  Neufeld said they then focused on improving both internal communications and recognition.  For example, like private industry, they conducted periodic quick turnaround “pulse surveys” to assess the effectiveness of actions they were taking.  Also, top leadership addressed several systemic problems.  For example, they created an HR dashboard to track improvements in what were seen as slow hiring processes.

On the second track, at the office level, local points of contact were developed to develop tailored improvement plans and provide analytic support to help unit-level leaders interpret and follow up with specific actions.  They found, for example, that differences in performance ratings were not useful metrics for assessing whether employee engagement was high or low.

In each of these three cases, top agency leaders made personal commitments to improve employee engagement by addressing a critical link – improving specific leadership behaviors related to communication and motivating the workforce.  As noted by several panelists, this isn’t rocket science, but it is an art!

Image courtesy of Ambro at FreeDigitalPhotos.net