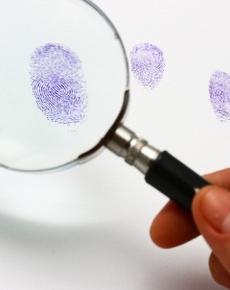 Tuesday, July 2, 2013
John Kamensky
The Obama Administration has built on efforts from the Bush Administration to embed the use of evidence and evaluation in making funding decisions. There are now four different types of initiatives underway, or proposed, in a range of federal agencies.

Within OMB, there is an active effort to catalyze agencies to develop and undertake a series of evidence and evaluation initiatives in ways that they can learn from each other and so they can quickly leverage promising practices. This was outlined in a memo to agencies in May 2012.  A former Obama budget appointee, Jeff Liebman, explains OMB’s interest as: “The only way to make progress in this fiscal environment is to produce more value with each dollar that government spends. . . . We need to reallocate funds from less-effective programs to more-effective programs.”

This push to expand the use of evidence in decisionmaking is reinforced by a recent Government Accountability Office report which found “that most federal managers lack recent evaluations of their programs. Yet, 80% of managers that did have evaluations reported that they contributed to a moderate or greater extent to improving program management or performance.”

Following are four types of programatic initiatives underway in agencies or proposed in the FY 2014 budget:

“Tiered Evidence” Initiatives.  Agencies are piloting the use of “tiered evidence” approaches in six human services and workforce programs.  Similar initiatives are underway in a half dozen other policy arenas, as well. Under this approach, these grants are prioritized into three categories:

According to a Hamilton Project study, “Over three rounds of competitions, the Department of Education has awarded five scale-up grants, twenty-eight validation grants, and fifty-nine development grants with total grants of $940 million” as part of its “Investing in Innovation” initiative.  This model is also being adopted in grant programs offered by the Departments of Labor, Health and Human Services, and the Corporation for National and Community Service.

“Pay for Success” Initiatives.  In a “pay for success” initiative, philanthropic and other private investors provide up-front funding for  services and the federal government does not pay unless and until there are demonstrated results, as measured by a third party. The Administration is working in about a dozen areas to test this approach. In fact, two are already underway:  the Department of Justice awarded two grants in 2012 using this approach to fund projects to reduce recidivism of people released from prison, and the Department of Labor is developing a Workforce Fund to make awards this year for programs to improve job placement and retention. In addition, a “Pay for Success Incentive Fund” of $300 million is being proposed in 2014 to be operated by the Treasury to help states, localities, and non-profits implement similar programs that would result in federal savings.

Incentives in Existing Formula Grants.  Another approach, being proposed in the FY 2014 budget, is to create incentives in existing formula grants to encourage states and localities to prioritize their funding to projects that demonstrate that they are using the most effective approaches to deliver services.  For example, the mental health block grant program at the Department of Health and Human Services would require states to target at least 5 percent of the funding they receive to “the most effective evidence-based prevention and treatment approaches,” according to OMB.  And several Justice Department formula grant programs to states and localities would provide “bonuses” to recipients who award grants based on evidence of effectiveness of the programs being funded.

Innovation Pilots.  A range of agencies are systematically analyzing ways to improve how their programs operate, such as how to structure student aid in ways that increase college access for low-income students, and interventions in Labor programs that improve employment outcomes.  The budget also highlights several intergovernmental innovation initiatives:

In addition to this range of initiatives underway, which are beginning to influence how well billions are spent in social service programs, OMB and agencies have developed a set of strategies that should embed this evidence-based approach into the government’s culture.  That will be the focus of a separate blog post!