A Glimpse of the Future of Government Performance and Results 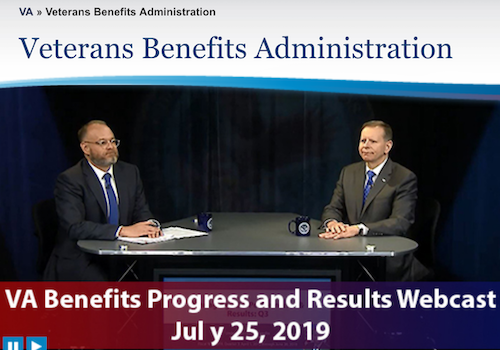 Monday, July 29, 2019
John Kamensky
What does the future of government performance and results look like?

A decade ago, IBM Center author Shelley Metzenbaum laid out a set of guiding principles for improving federal performance management that include the importance of communicate trends and targets, not just target attainment and ratings, and the need to encourage performance improvement with increased diagnostic analysis, data-driven discussion, and knowledge sharing.

These guiding principles didn’t focus on just publicly reporting data with maybe some accompanying analytics. They involve creating a context for understanding data trends and providing real-time and understandable performance information that focus on problem-solving. But putting these principles into practice is still a challenge, even with new statutory support.

Background.  The Government Performance and Results Modernization Act of 2010 set a high bar, at the time, for improving government performance and results.  It required the Office of Management and Budget (OMB) and major agencies to set priority goals, undertake quarterly assessments of progress towards those goals, and report publicly on results. It took several years to implement, but OMB and agencies have put in place a framework that produces regular updates. The most recent was released in June, covering 14 cross-agency priority goals and 85 agency-specific priority goals. It is a rich treasure trove of data on what is going on in a wide range of areas across the government and within specific programs.

Subsequent laws, such as the Foundation for Evidence-Based Policymaking Act of 2018, take it further by requiring learning agendas, and proposed legislation, such as the Taxpayers Right to Know Act, would require more granular data at the program level, requiring detailed inventories of all government programs.

Taken together, these requirements and new proposals require more detailed reporting, but as noted in Metzenbaum’s report, just posting more data won’t likely result in its being used. Creating a performance-driven culture has to happen within agencies themselves.

But the Veterans Benefits Administration (VBA), an operational unit within the Department of Veterans Affairs, takes it a step further than any other agency by posting weekly updates on key performance indicators and hosting a quarterly webcast detailing its performance progress.

Dr. Paul Lawrence was sworn in as the Under Secretary for Benefits in May 2018 and quickly set out a set of priorities – service to veterans, stewardship of taxpayer dollars, and collaborative working relationships with key stakeholders (full disclosure: Paul Lawrence was one of the founders of the IBM Center!). He translated these broad goals into actionable measures backed by strategies for meeting them.

He then began a quarterly webcast series of “performance and results” reports to VBA’s external stakeholders including veterans, their service organizations, Congress, and even the department’s own employees.

He videocasts a live, personal report that is brief and fact-based.  He lays out the progress made over the previous quarter as well as planned next steps. He flags and discusses problem areas, not just success stories, and explains the cause of the problems and steps being taken to fix them

Just last week, he completed his first full year of quarterly webcasts, with plans to continue this approach.  While his wrap up comment on last week’s webcast was that VBA was “back on track,” his webcasts are not all happy talk. He has been candid about problems, such as with implementing the new GI Bill benefits, and succinctly states what was being done to fix the problems identified.

VBA also supplements Dr. Lawrence’s webcast with current and clearly understandable supporting details that provides a useful context for understanding current data reports. In addition, VBA also publishes a Weekly Monday Morning Workload report that summarizes the status of benefit claims in its inventory, the backlog, and the accuracy rate of their claims.

Different Than Three Years Ago.  In 2015, VBA was just recovering from a massive backlog of delayed benefit claims that resulted, in part, from an increased volume and increased complexity of claims. In early 2013, the number of veterans waiting more than 125 days for VBA to process their claims for compensation benefits peaked at more than 611,000. This dropped to about 80,000 by late 2015 (it was 75,422 in July 2019).  This substantial reduction was achieved via a mix of process reengineering, overtime, and technology.  But sustaining this effort and attending to VBA’s seven other lines of business required a different approach, which Dr. Lawrence introduced via his three priorities. His webcast is just the tip of the iceberg of how the shift towards a performance-based culture is developing at VBA.

Highlights of VBA’s Most Recent Performance and Results Webcast. Each of the quarterly webcasts are fast-paced, under 20 minutes, packed with information, and readily understandable. They consistently reinforce Dr. Lawrence’s three priorities for VBA: customer service, fiscal stewardship, and collaboration.

Each quarter, he reports on progress made in VBA’s eight lines of business, such as claims processing, appeals, home loans, pensions, survivors’ benefits. When a target was missed, he explains why and what steps will be taken in the coming quarter to get back on track.

He typically highlights new initiatives undertaken in previous quarter. For example, in his most recent webcast he talked about congressional passage in June of the Blue Water Navy Act, which extends veterans benefits to veterans who were sailors on board ships within 12 miles of the coast of Vietnam and may have medical conditions as a result of having been exposed to Agent Orange herbicide. The implementation timetable is tight – January 1, 2020 – so this will absorb much of VBA’s attention in coming months.

Dr. Lawrence also described a new incentive-based approach for employees. Between May 6th and June 28th, he challenged VBA’s benefit ratings team of about 8,000 employees to complete 255,000 benefit claims over the eight-week period. Typically, it takes nine weeks to complete these many claims.  However, staff beat the target by processing 269,430 claims, with the same level of accuracy. Dr. Lawrence said: “the results were nothing short of amazing,” and as a reward, they were given off July 5th – resulting in a four-day weekend.

He says this challenge was so successful that he announced a series of Labor Day challenges, expanding them to five of VBA’s eight business lines.  He said: “If we meet this, we will have done 13 percent more work in the next seven weeks that we did compared to the highest similar period in the last three years.”

Can This Approach Be Used by Others? Certainly. As I noted back in February, would his approach be worth making it a routine practice across the government? Would there be an audience interested in knowing what is going on at the National Institutes for Health? The Federal Energy Regulatory Commission? The Patent and Trademark Office? The Federal Aviation Administration’s air traffic control operations? My guess is that this approach works best in operational agencies that deliver services rather than policy or regulatory agencies, but I could be underestimating the capabilities of these kinds of agencies.

So, who’s next? Even better, who else is already doing this and just needs some light shown on their good efforts?