Half Empty or Half Full? 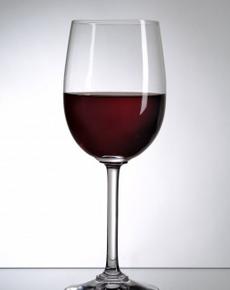 Wednesday, July 3, 2013
John Kamensky
A recent GAO report on the executive branch’s approach to new requirements in the Government Performance and Results Act recommends that “OMB improve the implementation of the act.”

A recent GAO report on the executive branch’s approach to new requirements in the Government Performance and Results Act recommends that “OMB improve the implementation of the act.” But a sub-theme in the report describes how agencies are actually building a long-term, solid foundation for a performance-driven government.

The Government Accountability Office (GAO) is required by law to periodically report on the executive branch’s progress in implementing the GPRA Modernization Act of 2010.  It issued its first “capping” report at the end of June, summing up a series of recent GAO reports on various aspects of the new law.  The report also delivers the results of a new governmentwide survey of managers’ use of performance information, which GAO has conducted periodically since 1997.  The 2013 survey was sent to a statistically significant sample of 4,391 federal civilian managers from across the country, reflecting the total population of nearly 150,000 federal managers.

There Is a Deeper Story Buried Here.

While media stories on the GAO report highlighted several long-standing challenges, I decided to dig a bit deeper. . . after all, I used to work at GAO and know that there is often a more subtle message buried by the analysts in the footnotes and special appendices!  In that spirit, here are some of the highlights I took away from my reading of the report:

Knowledge of Agency Priorities.  More federal managers report that they know about their agency priorities and goals to a “great or very great extent,” than ever before:

In contrast, GAO reported in 2007 that only 23 percent of managers were familiar with the OMB Program Assessment Rating Tool (PART) and of those managers, only 26 percent said that PART was useful in decision-making.  Of those who were familiar with PART, 37 percent reported that upper management paid attention to achieving results.

Use of Performance Information.  GAO’s 2013 survey of federal managers concludes: “Overall, our periodic surveys of federal managers since1997 indicate that with the few exceptions. . . . the use of performance information has not changed significantly at the governmentwide level.”   While GAO’s observation is true for changing work processes, setting program priorities, and allocating resources, it goes on to describe some new and encouraging trends in the survey data.

GAO’s survey of federal managers shows significant increases since 2007 in the use of performance information to: (1) identify program problems to be addressed (55 percent); (2) take corrective action to solve program problems (54 percent); and (3) develop program strategy (49 percent).  This seems to suggest that the new GPRA Modernization Act’s requirements to identify key priorities and conduct at least quarterly reviews of their progress are being implemented and making a difference.

Leadership Commitment.  GAO reports:  “The only statistically significant change from 2007 to 2013 was a decline in the percent of managers that agreed . . . .that their agencies’ top leadership demonstrates a strong commitment to achieving results, from 67 percent to 60 percent.”  While this seems like backsliding, the GAO survey contained an important observation.  The 2013 survey found that one-third of managers were familiar with their agency’s quarterly performance reviews. And for those who were familiar, 76 percent saw their agency’s top leadership as being committed to using performance information to guide decision making.  This is probably the highest level of awareness by managers that their leaders were using performance information, as reported in any of the past GAO surveys.

Measures of Program Performance.  GAO reports: “Our work over the last 20 years has identified difficulties agencies face in measuring performance across different program types, such as regulations and grants.”  Its report describes a series of areas where agencies have faced such difficulties, but then offers: “. . . some progress has been made in developing performance measures and using the resulting performance information” and then describes progress in several program areas.

The GAO report offers two sets of conclusions, and the emphasis on them will depend on the reader:

The Glass is Half Empty: “. . . the executive branch has made little progress addressing long-standing governance challenges related to improving coordination and collaboration to address crosscutting issues, using performance information to drive decision making, measuring the performance of certain types of federal programs, and engaging Congress in a meaningful way. . . “

Or the Glass Half Full:  “. . . . the executive branch has taken a number of important steps to implement key provisions of the act, by developing interim CAP [cross-agency priority] goals and APGs [agency priority goals], conducting quarterly reviews, assigning key performance management roles and responsibilities, and communicating results more frequently and transparently through Performance.gov.”

My Take-Aways From the Report.

The key story that stands out for me is that the conceptual framework of the GPRA Modernization Act and the actual use of its provisions – such as priority-setting and data-driven progress reviews – are seen as effective by agency managers.  As GAO says: “data-driven performance reviews show promise for encouraging the use of performance data to improve results.”

The next step probably should be for agencies to expand their use of these review forums beyond headquarters, replicate them in the bureaus and the field, and tell employees about the reviews and their results. At that point, many of the other challenges that GAO has highlighted for years may finally be overcome!