How Can Government Buying Match the Best in Business? 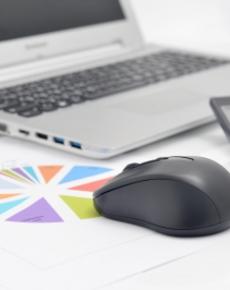 Background. Category Management is used by businesses and governments around the world to better manage their common purchases.  The approach involves defining a clear strategy for spending on common items or services within a category, which in turn leverages buying power across the entire category to generate a price discount, additional services that reduce total cost of ownership, and other sources of value.  As such, category management encourages individual agencies to buy from common contracting vehicles and enable purchasing decisions to be managed centrally by specialists who know how to find the best services or products at the best price. In addition to leveraging the government’s buying power, it reduces duplication in contracting across the government.

The Obama Administration began to champion the use of this approach two years ago.

The initiative built upon a prior effort initially begun under the Bush Administration, called strategic sourcing.  Strategic sourcing was an agency-by-agency consolidation of common purchases, in order to reduce the complexity of many different contracts and supplies.  The Obama Administration expanded strategic sourcing within agencies and piloted its use across agency boundaries with selected services such as package delivery services and office supplies.  When this was successful, the foundation was set for OMB’s broader initiative.

As OMB’s Administrator for Federal Procurement Policy, Anne Rung  announced the new emphasis on the use of category management in December 2014, and the initiative was given the high profile status of being one of the Administration’s 15 Cross-Agency Priority Goals.  This resulted in top-level attention to the initiative’s progress on a quarterly basis.

Governance.  The initiative was launched with a very structured approach, with an eye toward ensuring its sustainability over time.  It also involved a good deal of cross-agency collaboration, as well as some pointed, top-down directives.

Ten “super categories” were created that account for more than $270 billion in annual spending.  These include areas such as travel, facilities construction, medical supplies, and transportation services. A career senior executive was designated as the category manager for each.   According to GSA’s Steve Krauss, they each “built teams of experts from across the rest of the federal government to begin the process of analyzing the spend and looking for opportunities within that spend portfolio.” These teams were staffed with about 350 people from 46 departments and agencies who are identifying performance metrics, and talking with top suppliers in their respective categories.

Beneath the ten “super categories” are 50 sub-categories, each category and many sub-categories have their own leads, who develop market intelligence, buying strategies, and identify the best contract vehicles.  And for each category, Centers of Excellence are designated within selected agencies that house the expertise to serve as “executive agents” for buyers across the government for that category.

In addition, GSA has created the Acquisition Gateway, where agency acquisition officers can “buy as one.”  According to GSA: “Inside the Acquisition Gateway, users can find side-by-side comparisons of government-wide acquisition solutions, connect with other acquisition professionals, and explore product and service category ‘hallways.’ The hallways feature category-curated articles, templates, market-research tools, prices-paid data, and more to achieve successful outcomes at each step of the acquisition lifecycle.” While only launched in January, it already has 10,000 registered government users.

Finally, at the strategic level, the Office of Federal Procurement Policy is partnering with other policy officials, including Federal Chief Information Officer (CIO) Tony Scott and Administrator of GSA Denise Turner Roth, to issue joint guidance to agencies on the road forward in each of the different categories.

Case Example: The IT Super-Category. OMB decided to focus on one of the largest of the ten super categories as a starting point.  The federal government spends $50 billion in common information technology hardware and software.  OFFP partnered with the Federal CIO to methodically attack common buying challenges facing federal agencies with routine IT-related purchases. They used the Federal CIO’s PortfolioStat to manage overall progress in managing IT portfolio via quarterly meetings, along with other tools and a dashboard.

Following are some actions taken in recent months to improve IT commodity management practices:

In her final blog post on the OMB website, Anne Rung wrote: “We’ve saved more than $2 billion through category management and are on track to save $3.5 billion by the end of next year. We’ve seen prices drop by as much as 50 percent of personal computers since the release of the workstation policy. “

Next Steps. Category management may not be glamorous work – cleaning up acquisition data, making it more transparent, making comparisons between agencies, etc., but it makes government work more efficiently.   In early October, OMB released for public comment a draft circular that would institutionalize the use of category management.  The goal is to make this the routine approach for how government buys common goods and services.  Comments are due Nov. 7th.

In addition, the category managers for all ten categories are in the process of finalizing revised plans with initiatives that span the rest of fiscal year 2017 and beyond. These plans are scheduled to go in front of the Category Management Leadership Council for approval late this year, with details to be available in early 2017.

Note:  This is the second in a series of blog posts about the status of the 15 Cross-Agency Priority Goals initially established in 2014.