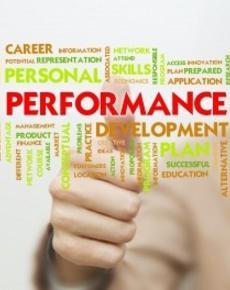 Some non-profits and foundations are advocates for the use of evidence-based decision-making in different policy arenas, while others advocate use of different tools or techniques for program evaluation. Interestingly, as government at all levels begins to adopt these approaches, the non-profit, foundation, and university communities are enthusiastically chipping in to help.

America Achieves.  This new non-profit sees itself as an entrepreneurial start up with some political savvy and bipartisan firepower.  It is sponsoring a “Results for America” initiative to improve “outcomes for young people, their families, and communities by driving public resources toward evidence-based, results-driven solutions.”  In a recent letter to President Obama’s chief of staff, they advocate an ambitious agenda for a federal evidence and evaluation framework.  They also developed an agency-by-agency scorecard that assesses individual agencies’ capacity and use of evidence and program evaluation.  It has piloted the scorecard on two agencies, with more on the way, to highlight progress.

In the spring, America Achieves co-sponsored a well-attended event with the Brookings Institution’s Hamilton Project that gave the government’s evidence-based agenda popular attention in the media.

Center for American Progress.  The Center is sponsoring a “Doing What Works” Initiative which advocates both “pay for success” and “social impact bonds” as tools for implementing results-based program initiatives. For example, it sees a role for such financing approaches to support wastewater, drinking water, and other critical infrastructure improvements.

Pew Center for the States.  Pew is co-sponsoring a “Results First” Initiative with the MacArthur Foundation which emphasizes the use of cost-benefit analyses and evidence-based budgeting approaches.  One of its projects is to work with about a dozen states to replicate a successful approached developed by the State of Washington (see below) to introduce cost-benefits analyses into state legislative decision-making.

Examples of Advocates of Tools and Techniques

There are a wide variety of evidence-based tools and techniques being explored or supported by a range of academic and non-profit groups.  Following are some examples:

Top-Tier Evidence. The Coalition for Evidence-Based Policy is sponsoring a web-based resource on the use of top-tier evidence approaches to “distinguish research-proven social programs from everything else.”  The Coalition also sponsors a catalog of interventions proven to work in a wide variety of social policy areas such as pre-K education, teen pregnancy prevention, homelessness, and drug abuse prevention.

Integrated Data Systems.  A University of Pennsylvania initiative sponsored by the MacArthur Foundation, Actionable Intelligence for Social Policy, aims to help states and localities improve their use of data for policy analysis and program improvement.  It is creating a network of actual users in selected states, cities, and counties to work on specific projects such as the educational well-being of children living in housing programs.

Performance Incentive Funding.  The Vera Institute of Justice has been promoting the use of “performance incentive funding programs, which are “a fiscal innovation that seeks to align the interests of the state corrections agency and local decision makers by rewarding the local agencies with funding when they improve their outcomes and lower their incarceration rates.”  Eight states have enacted legislation to create such programs over the past decade and the Vera Institute has been providing technical support and promoting wider dissemination of their use.

Pay for Success Financing.  The San Francisco Federal Reserve’s journal, Community Development Investment Review, sponsored a  forum on “Pay for Success” financing approaches. The forum has two objectives:  “The first is to serve as a comprehensive resource for the most current thinking on the origins, models, and potential implications of Pay for Success. The second is to encourage readers to weigh its exciting potential against its possible pitfalls.”

Evidence-based policy initiatives have bipartisan support at the federal level.  For example, in the Senate, both Sen. Mary Landrieu (D-LA) and Sen. Rob Portman (R-OH) have joined forces, especially around programs for young people and families at risk.  And in the House, Cong. Todd Young (R-IN) and David Reichert (R-WA) have expressed support for these kinds of approaches, as well.

But the path to an evidence-based government won’t necessarily be all rosy.  I was at a forum last month sponsored by an advocacy group seeking protection of a valued federal program and a Congressman speaking to the group reassured them, saying “don’t be afraid of the facts and figures. . . when we vote, we’ll do the right thing.”

But on a more positive note, in early July, the Senate’s Labor, Health and Human Services and Education appropriations bill for Fiscal Year 2014, recommends that up to 0.5 percent be set aside for program evaluation in the Departments of Education and Labor!  . . . and in late July, OMB issued its promised guidance to agencies directing them to prioritize programs with evidence in their budget justifications.