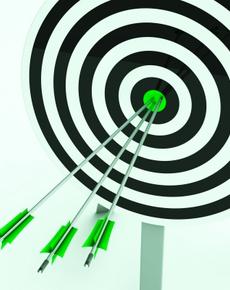 Nearly three decades ago, New Zealand pioneered government reforms to make individual single-purpose agencies – a “vertical” solution -- more accountable and effective.  While successful, it exacerbated another challenge facing government agencies -- addressing “horizontal” societal problems, i.e., those that span traditional agency boundaries.  So, New Zealand undertook a new round of reform in 2012 to address a handful of persistent societal and economic problems by creating cross-agency performance goals, with measurable targets, and with new governance approaches to address them.

In a new report for the IBM Center for The Business of Government, Rodney Scott and Ross Boyd, who both are on the ground in New Zealand helping the government assess the progress of its five-year-old reform initiative, describe the approach, its framework, and the results of the initiative.  They also offer “practice insights” that can be helpful to other governments pursuing similar objectives.

Interestingly, at about the same time, the U.S. federal government also created an initiative to address horizontal problems.  In 2010, Congress updated the Government Performance and Results Act, directing the Office of Management and Budget to identify a handful of existing challenges that cut across agency boundaries and focus efforts to make progress on them.

The New Zealand Approach.  “The New Zealand government created a system of interagency performance targets. Ministers chose ten crosscutting problems that were important to New Zealanders, and set a challenging five-year target for each. Then they held the leaders of relevant agencies collectively responsible for achieving the targets.

The changes that the government was looking for became known as the ten “Results:”

The original targets aimed to reach completion by mid-2017, with progress reported publicly every six months. According to Scott and Boyd, this new approach proved remarkably successful, with dramatic improvements in all ten Results areas. The approach was seen as so useful that the government is now defining the next set of ten problems to be achieved between 2017 and 2022. Several program evaluations identified successful design features of the program, as well as several management innovations and adaptations by the public servants responsible for achieving the targets.

How Were the Results Areas Selected?  New Zealand’s Cabinet and top career executives identified a small handful of ten well-defined, persistent problems that had stymied government leaders in the past.  These were typically narrow in scope.  For example, one goal was to reduce the number of people on long-term Jobseeker Support benefits by 30 percent by mid-2017.  Because career executives were involved in identifying and defining the problem and the goal, the authors note: “agencies felt more committed to solving problems they were involved in selecting.”

Once the targets were selected and publicly announced, agencies were motivated because “Public servants are more committed to activities that improve the lives of ordinary people, especially those who are disadvantaged.”  Selecting meaningful targets “appeared to cause a greater sense of ownership and effort by public servants.”

What Is the Approach to Ensuring Accountability? New Zealand experimented with different ways of holding its leaders from different agencies accountable for achieving a shared result.  They initially designated “one among equals” to take the lead.  That wasn’t effective.  They then attempted to hold each of the leaders individually accountable for working together.  That didn’t work either.  Finally, they shifted to collective accountability, where, the authors note: “Chief executives were either rewarded or sanctioned based on the collective performance of the interagency group in addressing the nominated problem.” Bonuses were award on the basis of achievements made by the whole team.  The authors concluded that the “collective responsibility” approach helped counteract the tendency to focus only on the interests of their individual agencies and work more collaboratively as a team.

How Is Cross-Agency Collaboration Managed?  Boyd and Ross found that when agencies were expected to work together to achieve a common goal, a first step was to develop trusting relationships among the partners.  This was an important first step before anything complex could be undertaken.  Also, it was important for the new team to achieve an early “quick win” to sustain momentum.

Another observation was that “most successful cases limited core decision-making to two or three agencies” and that others would be involved on an as-needed basis.  They pointedly noted: “This is in contrast to advice offered elsewhere that emphasizes the importance of inclusion of all potentially interested parties.”  They found that as group size increases, less got done.

Another element of success was having a jointly-staffed program management office.  They say that this approach signals greater commitment by the participants than does an office supported by only one entity.

How Does Progress Get Reported? New Zealand reports publicly every six months on the progress being made.  Their dashboard is color-coded, based on recommendations from the responsible team.  The one-page “snapshot” for each Result provides trend information and links to success stories. “Beginning in 2013, agencies began to submit short text or video descriptions, showing innovations that had a positive impact on individuals and groups in New Zealand.” This turned into a healthy competition between agencies and by late 2016, there were 89 written case studies and 12 videos posted on a central website.

How Does the New Zealand Approach Compare to the US Approach?  Informal assessments of the first round of the U.S. government’s cross-agency priority (CAP) goals (covering Obama’s second term) suggest similarities in the lessons learned reflected in the research on New Zealand’s experience with a similar approach to achieving cross-agency results.  However, the US approach tends to be broader in scope for each goal, with multiple sub-objectives and multiple strategies.  For example, the cybersecurity CAP goal encompasses three distinct initiatives (e.g., information security continuous monitoring mitigations; identify, credential and access management; and anti-phishing and malware defense) with different strategies and multiple indicators and targets.

There is oftentimes not a distinct outcome target to be achieved, in contrast to the New Zealand Results Programme approach. The CAP Goals are seen as a way to demonstrate top-level commitment, provide higher visibility to those working on implementation, and tend to focus on a qualitative assessment of progress toward outcomes over time.  This emphasis on qualitative narratives of progress was noted in a 2016 GAO report, which characterizes this approach as a “lack of transparency about measuring progress.”

However, there are tradeoffs between setting specific targets to be achieved (the New Zealand model) vs. setting broader, interrelated goals (the US model).  Both New Zealand and the US have new leaders who are in in the process of reformulating their goals for coming years.  They may find lessons from each others' experiences!