It's Hard to Be Cool 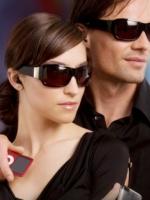 Tuesday, October 19, 2010
Making government service cool again? Obama’s challenge to young Americans to take up public service may be foundering over the political debate over the size of government, notes recent surveys.

As the mid-term elections near, the debate over the size of government seems to be a hot button issue.  Interestingly, the debate seems to have taken an unexpected turn. Two recent polls show a significant decrease in voters’ confidence in federal employees.  According to a Politico-George Washington University-Battleground poll, confidence slipped from 75 percent in July 2009 to 66 percent in September 2010.

The public’s antipathy towards big government and their dissatisfaction with their elected leaders seems to be spilling over to career civil servants.   Trust in federal employees is now front-page news in the Washington Post.  The Post, in its own poll of voters, notes “public views of federal workers deeply splits along party lines, with Republicans the most apt to see a disconnect between government pay and that in the private sector.”    But the authors, Lisa Rein and Ed O’Keefe,  note: “. . .among those who have had contact with a federal agency employee, their review of that experience helps mold views of the bureaucracy. . . Nearly two-thirds of those who say a federal employee gave them very good service think that most federal workers are fairly paid or underpaid.”

Does this have an impact on recruitment for public service careers?

The Partnership for Public Service’s vigorous campaign to recognize star talent in government, highlight the best places to work, and to promote careers in public service seems to having some impact.  They found 57 percent of Americans say they’d recommend working in the federal government.  Other polls show even higher ratings.  However, this may not last.   William Adams and Donna Infeld, in a PATimes article, “Trust in Federal Workers Continues to Erode,” conclude: “While almost three out of four still say they would encourage young people considering federal employment, the decline is statistically significant and surprising.”

The federal effort to streamline the hiring process and Obama administration efforts to insource jobs to civil servants seem to be like swimming upstream again public sentiment.  The shift in tone has resulted in calls for pay freezes and hiring freezes for “over-paid civil servants.”  Even President Obama has recently mused that he would be willing to leave jobs vacant.

It’s hard to be cool.