Learning to Be a Leader 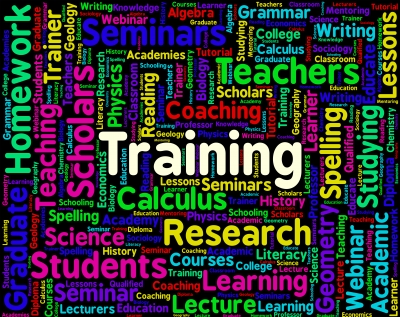 Monday, October 28, 2019
John Kamensky
Leadership, according to Dr. Michael Maccoby, a globally renown business advisor, is a relationship – where people want to follow you.

He says there are three inherent qualities of a leader: to have a purpose, to have a passion for this purpose, and to have courage.  The rest of “leadership,” he says, can be taught.

But teaching leadership skills and techniques is fraught with risk.  A survey of American companies found that while they invest about $16 billion a year into leadership training, two-thirds of CEOs thought the training wasn’t effective.

Can Leadership Training Be Effective?  A new IBM Center report focuses on how federal agencies are preparing the next generation of federal leaders to lead more than two million employees in tackling the complex, non-routine challenges of the future.  The report describes programs developed by agencies such as the Department of Homeland Security and the Agriculture Department. It lays out a framework for how other agencies might build on the lessons learned from these agency efforts, based on what strategies seem to work best in a federal environment and which techniques may be transferrable to other agencies.

But top-down, formal training isn’t the only way leadership is taught. Sometimes it happens organically, bottom-up from within an agency.

An Organic Approach to Learning Leadership. An excellent example of this bottom-up approach is an informal leadership seminar series begun in 2017 by a graduate of a governmentwide interagency developmental rotation program -- Kim Wittenberg -- who is a health scientist administrator at the Agency for Healthcare Research and Quality (AHRQ) at the Department of Health and Human Services.

Ms. Wittenberg said that her rotation assignment gave her the opportunity to meet and study with colleagues from across the federal government. She was surprised to learn that even seemingly dissimilar agencies faced similar challenges.

She thought it would “be nice to learn from each other,” and she decided to start by sharing what she had learned during her rotation. So, when she returned to her home agency, she presented a seminar on leadership in her office building in Rockville, MD, and 35 people showed up.  Word spread quickly, and when she presented a second seminar, 180 people from nine different agencies showed up. After the third presentation, an attendee approached her and said that he’d like to help continue the series by presenting a seminar.

Other federal leaders offered to present seminars, beginning in 2018, and an employee group at AHRQ (called MAGIC) helps with meeting day logistics.  Ms. Wittenberg dubbed the series the “Federal Leadership and Professional Development Seminar Series” with the slogan, “Together, Going Further Faster.” She created a YouTube channel for the recordings of the seminar series, and interest grew. The network of agency chief learning officers around the government and colleagues from the Office of Personnel Management also helped spread the word.

Ms. Wittenberg remarked, “Hosting the seminar series is something I do in addition to my usual duties and is different from my regular work.” But it hasn’t been difficult for her to find experts to present the seminars, employees to attend them, and like-minded colleagues to disseminate the series and broaden the network.

Progress to Date. By June 2018, the seminars began to “sell out” and exceed remote capacity. It was clear that there was a broader hunger for both learning and connecting across federal agencies. General Services Administration’s (GSA) DigitalGov University began providing a webinar platform so that up to 1,500 could participate remotely, in addition to the 200 who could attend in-person in Rockville.

At this point, the seminar listserv connects about 4,000 government employees – and the list is growing.  Each seminar typically draws attendees from about 60 different agencies.

The seminar topics cover not only leadership and professional development topics, but also current management requirements, such as those associated with the Evidence Act. Wittenberg says the main goal is to share leadership expertise, lessons learned, and best practices. A sub-goal is to help people to better connect across government and foster informal inter- and intra-agency connections and sharing.

She also says that it is important that the series add value.  They use an auto-email survey component that asks participants how many new connections they made during the seminar, and to share their biggest lesson learned from the session attended and what they are going to do with what they’ve learned. They also continue the conversation about a seminar’s topic by posting discussion questions that could be used in local offices.

Ms. Wittenberg is also thinking longer-term.  She is developing a rotating planning committee that will focus both on the strategic direction of the group as well as potential topics/presenters.

Do You Aspire to Be a Federal Leader? Would you want to join the next seminar on November 1st: Political Savvy - Why It’s Important and How to Master It, to be presented by Robert J. Huttenlocker from the Department of Agriculture.

You can if you are a current federal employee. The registration links are here for remote participation, and here for in-person attendance in Rockville, MD. To join the series listserv to receive future announcements, just send a blank email from your government email address to FedLeadershipSeminar-subscribe-request@listserv.gsa.gov.

Not a federal employee but want to learn more?  Tune into the Federal Leadership Seminar Series’ YouTube Channel to view several past presentations.

What might Dr. Maccoby say about this effort? He would say that being a leader isn’t a position, like being in the Senior Executive Service. He would say there are different kinds of leaders for different contexts – and that network leaders may have no formal leadership role in their organization but connect experts across disciplines, organizations, and regions.  That sure sounds like Kim Wittenberg has learned to be a leader – by inspiring others!