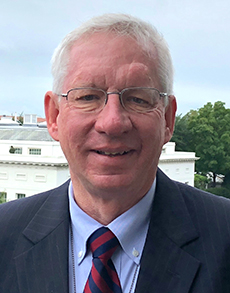 Wednesday, May 12, 2021
Donald F. Kettl
The last year has seen some of the most remarkable scientific breakthroughs in human history, with the rapid creation and deployment of multiple, successful vaccines.

By mid-May, 35 percent of Americans were fully vaccinated, with millions more receiving a vaccine each day. Meanwhile, the number of new cases was just 11 percent of the total back in January. This is, quite simply, an enormous technical and administrative breakthrough, with governments working with the medical community and other stakeholders to reach a growing share of the public.

Government’s responses to the pandemic’s challenges over the past year have also reflected profound challenges of governance.  The battle against COVID won’t be the last against a pandemic—and nor will it be the last struggle with many other mega-issues that demand concerted and coordinated action. It’s time now to assess lessons learned.

Agreeing on the nature of the problem is critical. The pandemic had roots in enormous medical uncertainty that led to fundamental problems of governmental credibility. What began as a small blip in the back pages of newspapers evolved to widespread wonderment at a crisis sweeping China.

It did not take long, of course, for this to become everyone’s problem, but in the U.S., the nature of the problem it bedeviled the nation’s discourse from the start. The U.S. experienced one of the virus’s explosive outbreaks, and the pandemic spread during an especially contentious election season. It was inevitable that the issue would become a debate point for political leaders because of its sweeping impact and implications. But having the pandemic fall into the middle of the election season fueled the debate.

Experts first recommended against wearing masks, before going all-in on recommending them for everyone. After suggesting that the virus wasn’t serious and that it would be well on its way out by late spring 2020, the prior administration placed responsibility for the government’s response with the states. Different governors said very different things about the nature of the threat and the government’s response, and many tussled with some of their mayors who wanted to take a harder line to stop the virus’s spread.

The U.S. has seen widespread crises before, including major hurricanes, destructive tornadoes, and devastating terrorist attacks. But COVID differed for two reasons. It affected everyone (eventually),but its scourge was largely invisible, a silent stalker that left no trail like flooded streets or collapsed buildings. At the same time, its indistinct footprint made it easy for some leaders to evade or deflect their responsibility, to frame the issue in ways that most helped their cause, to create schisms in communicating with the American people, and to sow doubt about the advice of science. The lesson: It’s impossible to frame a solution given disagreement about the problem.

Good advice is hard to give when the people want certainty and the problem doesn’t cooperate. The virus began as an enormous puzzle: a respiratory illness that became so much more. Even after more than a year of wrestling with the pandemic, there remains a great deal we don’t know about the coronavirus. “Long-COVID” victims continue to struggle with a complex combination of symptoms months after recovering from the first phase of the illness. Variants have confounded treatments for and control of the virus. Along the way, COVID has affected some groups of the population—especially older Americans and persons of color—far more than others.

This presents both a practical and a theoretical problem. Political officials can rarely successfully ask the public to do hard things without assuring them that the sacrifice is warranted. Especially in the first months, however, the virus brought uncertainty at every turn about what would work. That made it hard for leaders to speak with real confidence about what people needed to do. In the face of uncertainty, the inescapable pressure led to avoiding the question, to reach for untested theories to fill the gaps in knowledge, and to see a far-reaching problem as a wedge to gain advantage.

It was hard for scientists to be certain enough about the problem and the solution to make the case to elected leaders. But the nation will surely face other must-solve problems that don’t provide the luxury of certainty. The lesson: elected leaders must act differently to face the challenge the uncertainties that lie ahead.

Democracy is hard—and federalism is harder. COVID has stimulated an important debate about whether government can address large national problems. The “laboratories of democracy” argument holds that state-level experimentation is more likely to find, more quickly, what can work best. This also provides a shock absorber, with state officials able to respond to inflexible decisions in Washington and protect their citizens from what they view as mistakes made by the central government.  But federalism may also permit such wide variation in decisions among the states that a race to the bottom results, exposing citizens to unnecessary risk and harm. Moreover, no state can act on its own, since problems in one state can quickly spread.

The world’s leading democracies all struggled to deal with COVID, but the death rate in the U.S. ranked among the highest in the world among major industrialized nations, largely because of the wide variation in response strategies among states. But the nation also had remarkable success in launching the first phase of the vaccination effort, which has stood as among the most effective in the world. Federalism in the U.S. clearly had a mixed record.

The bigger question, so far unanswered, is: When should we act nationally and when should we promote state leadership? The federalism approach in the U.S. was not able to control spread the virus.  Yet this approach also created the opportunity to learn which vaccination strategies and tactics worked most effectively. The lesson: America’s system of government creates both enormous strategic challenges and important challenges. Government needs to learn far better about which problems best fit which level of government.

Beyond the lessons from the pandemic are bigger lessons for many other issues that pose challenges and demand solutions, stretching across federal, state, local, public, private, nonprofit, and global boundaries. Early this fall, I’ll be writing an extended report on these lessons, in collaboration with two of the wisest and most perceptive writers on government in the U.S. today, Katherine Barrett and Richard Greene. This work will address what the past teaches and the future demands.