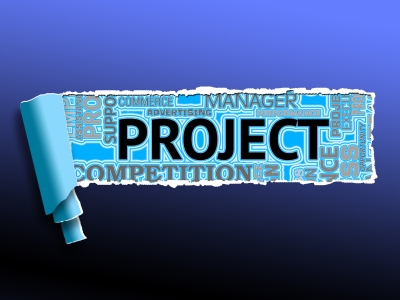 Wednesday, December 19, 2018
John Kamensky
The many headlines and Government Accountability Office reports about challenges in implementing Federal programs are constant reminders of the criticality of having seasoned program managers in place.

Congress recognized the governmentwide shortage of program management talent and leadership commitment in 2016 when it passed the Program Management Improvement and Accountability Act (PMIAA). Two years after its passage, slow but steady progress is being made to implement not only the law’s requirements but also its underlying intent – to improve the government’s ability to manage large and complex programs.

Background.  The law basically does four things.  First, it requires each of the 24 major agencies to designate a Program Management Improvement Officer to be responsible for program management policy and strategy in their agency, and creates a cross-government council among these officials.

Second, it requires the Office of Management and Budget to identify best practices and develop a standards-based model for program management consistent throughout the federal government, along with a five-year strategic plan for implementation.

Third, it requires OMB and agencies to conduct annual portfolio reviews of large agency programs, including those on the Government Accountability Office’s High-Risk List.

And finally, it requires the Office of Personnel Management to create a formal job series and career path for program managers in the federal government.

The Office of Management and Budget released guidance to agencies in June that details the implementation of the Program Management Improvement Accountability Act.  The guidance lays out a five-year implementation framework and requires the major agencies to name their statutorily-required Program Management Improvement Officers.  It also requires the development of common standards, career paths and training for program managers across the government.

A Three-Prong Plan of Action. As an OMB staffer noted: “This legislation isn’t self-executing.” To have an impact, it requires committed, long-term attention and coordination across professional disciplines and across functional units – even within OMB.  He said OMB realizes it can’t just establish implementation requirements; rather, it has to work with agencies to build capacity.  Consequently, the resulting five-year plan offers a three-pronged phased approach based on the different levels of maturity each agency has developed in their approach to improving program management.

The first strategy – which has largely consumed OMB time and attention in 2018 – has been to create a governance framework. To date, OMB has defined the roles of agency chief operating officers, program management improvement officers, and the Program Management Policy Council.  Agencies have appointed their Program Management Improvement Officers and tasked them with developing agency-specific plans of action.

OMB hosted the first meeting of the Program Management Policy Council in late September and focused on setting priorities within each of these three strategies. It emphasized that it did not want to displace existing standards and practices that work in agencies, and wanted to integrate program management into other existing processes established by other management legislation, such as the GPRA Modernization Act’s annual agency strategic reviews of goals and objectives.

The initial area of implementation emphasis will be within the acquisition community, a focus that results not only from the community’s history of past challenges but also in light of the fact that federal agency investments in building agency program management expertise has been traditionally made in this management area. As a result, the second strategy has been to undertake portfolio reviews for major acquisition programs. Such focus is reflected in the Cross-Agency Priority Goal, “Improve Management of Major Acquisition,” which is part of the President’s Management Agenda announced in early 2018. Under this strategy, the initial step will be to create agency-level Acquisition Program Management Offices in each agency. Agencies will also align the efforts of existing agency Investment Review Boards with the role of their new agency-level Program Management Policy Councils. Once these are well underway, OMB would like to extend the reach of the initiative to encompass other federal programs, including grants as well as programs on the GAO High Risk List.

The third strategy is to build greater capacity within agencies to manage complex programs. OMB is working with the Office of Personnel Management to define the strategic talent management needs of different agencies and the training that is needed by the current workforce. They are also working on defining potential job series, career paths, and mentoring programs, with an initial focus on acquisition staffs. The Office of Personnel Management has announced that it will be conducting assessments next year of program and project managers across federal agencies to determine the competencies of the management workforce.  According to Federal Times, this will be done in a phased approach across four groups of agencies beginning in May 2019.

The timetable for these three key strategies stretches out to fiscal year 2022, at which point OMB will reassess progress and work with the Program Management Policy Council to develop their next steps, revising strategies in the initial five-year strategic plan as needed, as well identifying priorities for future efforts.

Why Is This So Hard to Do? Implementation of this law is more challenging than it might seem on the surface for at least three reasons:

First, there is not a “one size fits all” definition as to what constitutes a program. There are several different ways of viewing what constitutes a program, some of which are relevant to some agencies based on their missions, but no definition works across the board. Interestingly, different laws define “programs” differently, as well, and pending legislation would add yet another.

Second, there’s not a “one size fits all” approach to what constitutes program management.  During the development of OMB’s guidance, University of Michigan public management professor Janet Weiss conducted a study on how to improve federal program management. She found that the diversity of different programmatic missions within government – ranging from responding to food poisoning, to cybersecurity, to road construction – militates again a common approach to standards, career paths, and training. She concludes that a single approach would likely not achieve the law’s improvement goal and offers recommendations that are consistent with the way the guidance was ultimately written.

Points of Light. There are some places in government that are already pioneering best practices in program management. For example, the Department of Commerce created a department-wide program management office in 2010 (not large – just three staff) and it assesses the status of large programs via an acquisition review framework. At the time, there had been too much of an emphasis in getting contracts signed and not enough on managing their implementation.

When the office began operation, its first challenge was in defining what constituted a program within Commerce – which builds ships, satellites, and conducts the census. They then identified and prioritized high profile, critical programs and created a Secretary’s Review Board to regularly assess progress in these targeted programs. Integrated product teams were run at the bureau level.

The office created some capacity building to better manage programs in the department by identifying the 200 people who had been designated as program managers (they found that in practice, thousands across the department are actually program managers, including meteorologists, statisticians, and small business advisors. For the top 200, they created a program management certification track and tracked those that were identified as great program managers. These were designated as mentors and coaches and held annual conferences among them which led to the creation of a community of practice.

Since, a governmentwide community of practice has evolved at the GS-13 to -15 levels for those who have completed certification training. This informal community helps sustain momentum at the staff level and is developing a one-stop Program Manager toolkit to provide resources to new and experienced program managers.  In addition, each agency’s program management improvement officer is establishing a website with agency-specific tools and resources.

Next Steps. Agency implementation plans were due to OMB at the end of November and OMB staff are highlighting some best practices. A number of agencies are conducting reviews of their acquisition portfolios, piloting the use of dashboards to track progress of projects, and some agencies are completing inventories of ongoing projects. A number are also developing training strategies, much like those promoted within the Commerce Department.