Looking Beyond the Federal Data Strategy 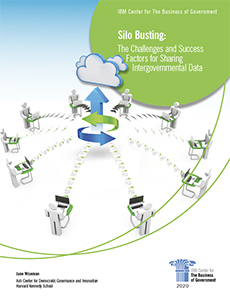 Wednesday, December 16, 2020
John Kamensky
Are we entering a Golden Age of Data Sharing?

There were quiet celebrations a year ago as the long-awaited Federal Data Strategy and a 2020 action plan came to fruition. It involved hundreds of dedicated people across the government and the action plan covered 20 specific elements. But the federal data strategy is but a foundation for a potentially broader vision.  A new report on the critical need for intergovernmental data sharing by Harvard’s Jane Wiseman says we need to extend it to become a national data strategy that embraces states and local governments as well.

Background. The Federal Data Strategy is an important framework that stitches together a number of different legislative and administrative initiatives into a coherent whole:

The Federal Data Strategy includes a ten-year roadmap for federal agencies and it is on the verge of releasing its 2021 action plan. While many of these federal-level initiatives rely on state and local data components, the current COVID pandemic demonstrates the need for a much more proactive intergovernmental data sharing strategy, per Wiseman.

Examples of Data Sharing Initiatives.  In her report, Wiseman showcases a number of successful initiatives that demonstrate the value of investing in data sharing efforts at the federal, state, and local levels, linking data from multiple sources across agency and jurisdictional boundaries:

Most Data Linking Strategies Also Leverage Digital Services. Wiseman found that the best government data sharing initiatives have a compelling vision of how data can be useful to transform operations – and are dove-tailed with the government’s digital service initiatives. She points to the Republic of Singapore as a leading example of how this is being done.  There, the government has created a seamless and customer-oriented government.  It provides a one-stop access for citizens to more than 300 digital government services from 110 different government agencies.

She observes that the role of the federal government is to start where it has – by defining a vision, principles, practices, and creating a governance framework (e.g., data sharing agreements, ethics, chief data officers), inventorying existing data, and setting standards. It has the ability to take on these tasks absent an urgent and compelling need.

However, state and local governments – because of limited resources -- tend undertake data sharing only when there is a compelling need to share data – emergency response, natural disasters, COVID response, floods, the opioid epidemic, etc.  However, they have learned that if you wait until you need the data, it is too late, because data collection, quality, and standardization efforts typically take years to cobble together. States and localities, however, are often more willing to support digital service investments that can show more immediate value to citizens. That is why linking data sharing to digital service transformation can help accelerate both.

Recommendations. Based on the findings from the relevant literature, expert interviews, and the case studies, Wiseman offers four recommendations to advance intergovernmental data sharing that extend beyond the existing Federal Data Strategy:

The COVID-19 crisis has demonstrated the urgency of investing in a national data collection effort. Performance data pioneer, Beth Blauer, and epidemiologist Jennifer Nuzzo recently noted in a New York Times op ed that eight months into the pandemic “there is still no federal standard to ensure testing results are being uniformly reported. Without uniform results, it is impossible to track cases accurately or respond effectively.” Without a national standard, states have developed their own approaches. Efforts like Johns Hopkins’ Coronavirus Resource Center try to standardize where possible, but overall, the national numbers are inconsistent. This hinders policymakers’ ability to smartly allocate resources, such as the vaccine, to where they will do the most good. Based on lessons from this effort, the incoming Biden Administration can leverage the lessons of the COVID-19 crisis to build on the foundation put in place by the architects of the Federal Data Strategy – and create a Golden Age of Data Sharing!