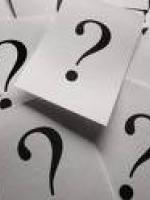 Wednesday, February 10, 2010
Two dozen federal agencies are running on-line dialogues between now and March 19th to gather insights on what citizens would like to seen them include in their OMB-required Open Government Plans. These first-ever open dialogues are an important symbolic

Two dozen federal agencies are running on-line dialogues between now and March 19th to gather insights on what citizens would like to seen them include in their OMB-required Open Government Plans. These first-ever open dialogues are an important symbolic step toward better engaging citizens in their government. But in the end, how will agencies make sense of thousands of comments and ideas? The on-line system being used allows users to vote on different contributors comments (either for or against) but that still doesn’t help, especially if a particularly vocal interest group “takes over” the dialogue.

Following is an example of the summary results of an on-line dialogue hosted by some of our IBM colleagues a few months ago.

For nearly a decade, IBM has been hosting internal (and eventually external) on-line dialogues with its employees, academics, business partners, and clients. It calls these dialogues, “Jams,” and runs them for an intense 72-hour period (in contrast, the federal dialogue is being run over a 5-week period).

Back in September 2009, IBM hosted a Smart Work Jam with 2,000 participants from 68 countries with 5,000 posts across seven pre-defined topics (much like the federal dialogues). Participants were invited (in contrast, the federal dialogue is open to anyone who registers). There was also a kick-off session at the beginning that participants were encouraged to listen to, involving a “rock star” policy wonk, James Surowiecki (author of “The Wisdom of Crowds”)

The Smart Work Jam fostered “a number of ideas that hit upon key themes around the evolution of the workforce, the nature of work and technology that enables it, and the impact it can have on people and organizations in healthcare and government.” The Jam organizers summarized the results of the dialogue in a readable 18-page report. In addition to it being a potential model for federal agencies as they summarize their own dialogues, the content of the report is a good read.

In this new world, “People matter more than ideas. In fact, it is actually more important to have A-grade people than it is to have a slew of A-grade ideas.” This implies that implementation is more highly prized than innovation!

The report goes on to talk about how a results-oriented work environment will become the norm (which is predicted by the Millennial generation’s work ethic), and that this workforce will be motivated by providing it with more autonomy.

As for the application of Smart Work ideas in the public sector, nearly 40 percent of participants thought government could best empower citizens by providing greater data transparency, “enabling the wisdom of crowds to be applied at national and local levels.” And, that there should be more engagement by issue.

UPDATE: Now here's a cool "mashup" created by some folks during the snowstorm! It aggregates the comments and participation stats across all the agencies participating in the Open Gov dialogue.