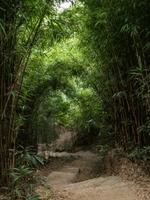 Friday, January 22, 2016
John Kamensky
Following the bread crumbs left by Hansel and Gretel after the passage of the fiscal year 2016 appropriations bill last month, I found five obscure provisions that have important implications for OMB and agencies in coming months.

The fiscal year 2016 consolidated appropriations bill was signed in mid-December, averting a potential government shutdown, but the bill was over two thousand pages long, with even more details in the accompanying committee reports.  The amount of detail is amazing, including a provision authorizing breastfeeding of babies in federal buildings (p. 582), but there are also five provisions that have potential long-term effects on government performance and management.

Fund Supporting Cross-Agency Priority Goal Implementation.  The 2010 amendments to the Government Performance and Results Act required the Office of Management and Budget (OMB) to designate a small handful of cross agency priority goals and name senior officials accountable for their implementation. There are now 15 cross-agency goals, such as encouraging foreign investment in US-based jobs and improving customer service in federal programs. Progress towards these goals is reported quarterly, but there hasn’t been funds for staffing or implementation of the goals.  OMB asked for a fund to support these goals, and in the omnibus (p. 163), and Congress authorized $15 million in interagency transfers to support these efforts (p. 581).

Status Report on Agency Customer Service Initiatives.  President Obama signed an executive order in 2011 requiring agencies to develop customer service plans.  It is also one of the 15 cross-agency priority goals.  But the House Appropriations Committee noted in its report accompanying the appropriations bill: “The Committee appreciates that the Administration has tried to improve customer service. However, more needs to be done to improve the services that the government provides . . . “ and directed OMB to report on agencies’ progress in developing customer service standards and incorporating them into their performance plans (p. 31).  This report is due in mid-March.

One-Stop Shop for Agency Congressional Budget Justifications. For years, the Appropriations Committees saw agencies’ formal budget justifications as proprietary documents, not to be shared publicly.  That changed in recent years with the Open Government movement, and agencies published them on their own websites.  Now the Appropriations Committee is actively promoting their easy availability:  “The Committee encourages OMB to develop a central online repository where all Federal agency budgets and their respective justifications are publicly available in a consistent searchable, sortable, and machine readable format.” (p.32)

Linking Budget Requests to Performance Plans.  Congressman Henry Cuellar has been a strong proponent of performance-informed budgeting ever since he joined the House Appropriations Committee several years ago.  His fingerprints are on several provisions in the Committee’s report this year, which notes that some progress was made in recent years to better link agency performance plans with their funding requests but that “more needs to be done.”    The report notes:

The Committee urged OMB to work with agencies to ensure their fiscal year 2017 budget requests are “ directly linked to agency performance plans” and wants OMB to report to the House and Senate committees by mid-June on how it is integrating performance measures into its budget processes.

Pre-Election Presidential Transition Funding.  The bill also includes $13.3 million in pre-election transition funding to the General Services Administration for services such as building space, furnishing and computers, and software purchases, (such as resume software for the thousands of job applications for the 4,000 or so open political appointments. (p. 524).

While I’m sure there are more hidden bread crumbs in the bill and its accompanying committee reports, these are some that will create a stir in parts of agencies that have been wondering if Congress cares about performance.  From what is in the latest appropriations bill, it looks like it does!