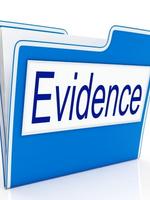 Friday, March 18, 2016
John Kamensky
President Obama’s final budget puts a stake in the ground for his long-running agenda to inject the use of data and evidence into budget, policy, and operational decisions.

President Obama’s fiscal year 2017 budget proposal, released in early February, builds on bipartisan momentum at all levels of government to increase the use of data and evidence in making decisions so “government can do more of what works and less of what does not.”  The budget “proposes to take additional evidence-based approaches to scale,” strengthen the base of available evidence available to future policymakers, and increase the analytical capacity of agencies to use evidence and data.

Background.  Early in the Obama Administration, momentum developed among staff in the Office of Management and Budget to promote the use of “evidence-based” approaches in government.  This is also sometimes referred to as “Moneyball Government” or “Investing in What Works.” In general, it focuses on social policy initiatives, but it could also apply to public infrastructure, environmental programs, energy, or national security.  And over the years, it has expanded to such areas.

This is one of the few “good government” initiatives that has captured the imaginations of a range of foundations, nonprofits, and advocacy groups, so there is increased political momentum behind this movement, which is described in a series of blog posts in 2013.

The FY 2017 budget shows some real traction and forward momentum.  Following are examples that give a flavor of the scale and scope of this movement at the federal level.

Acting on Evidence to Get Better Results.  The budget includes a rich array of examples of programs where research and strong evidence have led to proposals to restructure or scale up several initiatives, such as:

Ending homelessness among families by 2020.  Lessons learned and rigorous research shows that families using housing vouchers (versus other forms of assistance): “had fewer instances of homelessness, child separations, intimate partner violence and school moves, less food insecurity, and generally less economic stress.”  As a result, the budget proposes $11 billion for housing vouchers and rapid re-housing over the next decade.

Expanding access to quality child care for working families.  The budget proposes $82 billion in additional funding over the next decade to expand childcare for 1.1 million additional children under age four by 2026.  Research shows that quality child care during this critical stage of development yields long-lasting benefits for low-income children when starting school, and also helps parents succeed in the workforce.

Reducing global poverty.  The Millennial Challenge Corporation’s evidence-based approach to economic development to stimulate economic growth and reduce poverty.  The budget increases its budget in the coming year by $99 million to expand its efforts.

Building Evidence About What Works.  The budget supports increases in evaluation efforts that provide the evidence to determine what works – so programs can be scaled-up, revised, or shut down.  Following are examples of evaluation investments and incentives to use evidence in decisions:

Funding early education research and evaluation.  The Department of Education’s Early Learning Research Network is mapping out the key factors associated with children’s school readiness as they move from preschool to elementary school.

Testing innovative child care models.  The Department of Health and Human Services proposes $40 million in competitive pilots to help states and localities to develop models for the kind of care low-income families need most.

Piloting ways to help disabled workers remain in the workforce.  The Social Security Administration, as part of an interagency effort, will test innovative strategies via a suite of demonstration projects, aimed at helping people with disabilities remain in the workforce.  Early interventions – such as supportive services, incentives for employers, and incentives for states to better coordinate services – are being tested to see if they can improve employment and quality of life for individuals, as well as reduce long-term costs to the government. About $200 million in funding is proposed for these demonstration efforts.

Expanding evidence-based grantmaking.  The budget nearly doubles, to $700 million, the amount of grant funding that is based on “tiered-evidence” programs – programs where smaller investments are made for “proof of concept” models, that lead to the “validation” tier, that in turn lead to the “scale up” tier.  This approach increases the chances that funds will be targeted to programs that work – in education, international development aid, teen pregnancy programs, and “pay for success” innovation initiatives.

Expanding pilots of outcome-focused grant designs.  Outcome-focused programs give states and localities more “flexibility to innovate and adapt programs to local needs, in exchange for greater accountability for outcomes” by combining funding from different federal grant programs and agencies.  The budget includes pilots to test promising approaches to help families achieve self-sufficiency and improve child health outcomes.  It would also expand a set of existing pilots to help disconnected youth.

Investing in Evidence-Based Capacity.  The evidence initiative doesn’t just focus on programs and data.  The budget notes: “it is essential that Federal agencies develop the capacity to credibly build and use evidence.”  To develop this capacity, the budget recommends a variety of investments in people and analytic tools, such as:

Making education information more readily available.  The Department of Education’s College Scorecard initiative resulted in a number of lessons learned for how to make information available and actionable.  The department plans to apply these lessons to other initiatives in early childhood and adult education, pulling together diverse arrays of data and studies on targeted topics.

Conducting impact evaluations of public diplomacy efforts.  The State Department has launched an initiative where its public diplomacy practitioners report data on their diplomacy programs and conduct impact evaluations to assess their effectiveness at furthering US foreign policy objectives.  The goal of this effort will be to determine best practices as well as to set milestones to measure short-term successes for longer-term initiatives.

Integrating human services program data.  The budget proposes a Statewide Human Services Data System grant program to enable states to “develop data systems from a family-centered – rather than program-specific – perspective.”  This would allow states to better use existing data to learn what works, but it would also improve program participant experience and reduce red tape.

Expanding access to administrative data.  The budget also includes proposals to make additional federal administrative data available for policy development, program evaluation, performance measurement, and transparency efforts, by tweaking or revising existing legal and administrative requirements. This would be done within a framework for privacy and security.

How many of these initiatives will survive the budget process is unknown, but the breadth and scale of the proposals certainly lays down a foundation for what a future president might build upon.