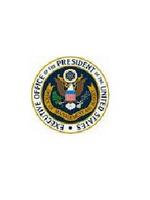 Tuesday, August 7, 2012
John Kamensky
OMB has released a new performance framework for the federal government. It is embedded in its guidance to agencies on how they should prepare their budget requests for fiscal year 2014, which is called OMB Circular A-11.

requests for fiscal year 2014, which is called OMB Circular A-11.

Last week, the Office of Management and Budget released its annual technical guidance to agencies regarding how they should submit their budget proposals for fiscal year 2014 for OMB’s review this Fall.  It is referred to in budget circles as “OMB Circular A-11” and is nearly 800 pages in length.  It is typically a synthesis of existing guidance, executive orders, memoranda, etc., and is divided into a series of Parts. Normally it does not change much from one year to the next, and it typically only covers actions agencies should take in the coming year.

I always read the Part that deals with the Administration’s approach to various performance requirements required under the Government Performance and Results Act (GPRA) – the development of agency strategic plans, annual performance plans, and annual performance reports.  It is generally short (last year’s was 33 pages) and there are normally just minor changes.

But this year is different, largely because the guidance lays out how the Administration will implement the many new requirements in the GPRA Modernization Act signed by the President last year.  By one count, the new law contains 152 new requirements or changes to existing law.  So, naturally, I was curious as to how OMB would go about implementing it.

The new guidance is more than double the length of last year’s (82 pages).  It expands on a previous OMB memo and details a multi-year, phased approach to implementing the new requirements.  It does a good job of describing the integration of many “moving parts” that need to come together in coming years.  Here are the highlights: