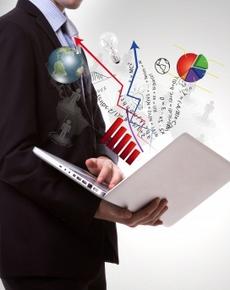 Monday, April 15, 2013
John Kamensky
Looking for an overview guide to understanding how the federal government goes about managing the performance of its many goals, missions, and programs? Here it is!

The President’s fiscal year 2014 budget was released last week and emphasizes the creation of “a culture of performance improvement.”  This is also the theme of a new  IBM Center report, by University of Wisconsin professor Donald Moynihan who is a close observer of the international performance movement. It describes the evolution of the federal performance management system over the past 20 years since the passage of the Government Performance and Results Act of 1993 (GPRA).  In addition, he describes recent progress in achieving meaningful performance results within targeted programs, as well as anticipated future changes that will occur over the next few years as a result of the new requirements of the GPRA Modernization Act of 2010, which significantly amended the earlier law.  His bottom line:  the culture of performance improvement is more important than the compliance with many procedural requirements.

The report, The New Federal Performance System:  Implementing the GPRA Modernization Act, is an outgrowth of a forum held in late 2012 by the IBM Center and the National Academy of Public Administration that brought together key stakeholders from agencies, Congress, state-local groups, and non-profits involved in the implementation of the federal performance system.  That forum examined the state of the current performance system and identified key issues the federal government will face in coming years to improve the performance of federal programs and the results of government initiatives.

The report lays out six recommendations on “where do we go from here?”

He recommends what many successful leaders have done:  select clear goals that motivate employees, make goals become the glue that holds networks together, connect each employee’s job to program beneficiaries, celebrate success, and link to employee incentive systems.

Each of these elements is the job of mission leaders, not process managers.

Recommendation 2: Build a learning culture.  Successful performance systems thrive when an organizational culture supports performance management.  Doing this in practice, however, means creating an environment where there is continuous learning.  The new GPRA law helps, by requiring routine quarterly and strategy reviews.

Recommendation 3:  Balance top-down targets with bottom-up innovations.  The top-down goal-setting aspect of the federal performance system is clear, but Moynihan notes “The federal government has done less well in systematically capturing bottom-up knowledge.”  He recommends three actions:  learn from network members who are from multiple levels in the organization; use benchmarking to identify what works and spread it; and disseminate lessons, not just data, on how to improve performance.

Recommendation 4:  Integrate program evaluation into the performance management system.  While performance measures can tell leaders “what” is going on, but it requires program evaluation to explain “why” something is occurring.  Both are necessary elements in a data-informed decision-making process.  As a start, Dr. Moynihan recommends agencies redefine “performance information” to include program evaluation.  He also recommends incorporating evaluation expertise into performance discussions, much like does the Department of Labor.  He also notes that agencies should take advantage of the OMB guidance on the delegation of administrative flexibility as a way to test different approaches.

He encourages agencies and OMB to “proactively consult with Congress in the goal-setting process” and for agency COOs to “proactively reach out to their congressional committees to find out what performance information is of particular interest to them.”

He also notes that “Congress has a responsibility to engage” by developing ways to coordinate input to agencies across its multiple committees and subcommittees with jurisdiction over various agencies.  Moynihan also recommends agencies more systematically involve external stakeholders in providing input into the development of agency strategic goals.

Dr. Moynihan concludes his report, noting: “The evolution of the federal performance system . . . may seem slow and unsteady at times, but over the course of 20 years the system has clearly evolved.”  As if to reinforce that, the just-released President’s Budget for fiscal year 2014 says: “The Obama Administration expected agencies to use evidence to set priorities and find increasingly effective and cost-effective practices.” It also expects agencies to:

So the evolution continues!