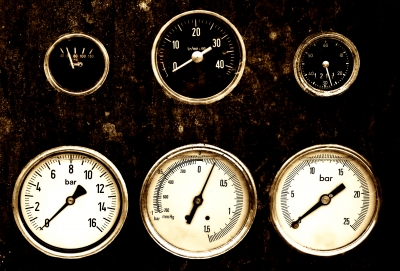 Monday, December 9, 2019
John Kamensky
It was almost like an old-time revival the other week – but with a modern twist -- when former Maryland Governor Martin O’Malley was the keynote “preacher” on the use of data, mapping, and analytics as the new way of governing for results.

The congregation of the faithful was nearly 100 enthusiastic state and local officials from across the region who are charged with helping their communities improve their operations and results by using performance information to make better decisions.

It was an inspirational gathering. Attendees had an opportunity to hear and meet O’Malley, who helped start the nationwide “PerformanceStat” movement nearly two decades ago.  And O’Malley was energized from meeting dozens of practitioners who are living his vision of data-driven government.

Background. This community – the Mid-Atlantic StatNet -- began about six years ago as an informal network of local government chief performance officers in the mid-Atlantic region. It has steadily grown in both size and sophistication and continues to meet semi-annually with different jurisdictions serving as the host.

O’Malley shared his stories and insights with them on how to improve performance and results based on his experiences as both a mayor and a governor – which he describes in more detail in a new book he recently completed.

He told the group that leaders today – regardless of political persuasion -- need to combine governing, leading, and managing. He noted that there is a relationship between how well we govern and how much we trust one another, and that this new way of governing will be the basis for effective democratic governance in years to come.  In his book, he writes: “Effective leaders in the Information Age create common platforms for collaborative action.” And that the key ingredients of these platforms are “the data, the map, and the method for achieving dramatic public-sector progress.”

Turning the Curve in Montgomery County, Maryland.  Montgomery County seems to be a living example of O’Malley’s vision.  It hosted the gathering and several of its new leaders shared their fresh start in how they are using many of the principles espoused by O’Malley to improve results.

County residents elected a new county executive last Fall, Marc Elrich, and he subsequently hired a pioneer in government budgeting and performance – Andrew Kleine – to be the county’s chief administrative officer.  The county’s award-winning CountyStat team supported their transition with a mix of continuity and some important innovations.

County executive Marc Elrich kicked off the meeting with an overview of seven priority outcomes that he is pursuing.  These include goals such as a greener county, easier commutes, and safe neighborhoods. The county’s approach to achieving these outcomes is called “Turn the Curve.”  Each outcome has three key performance indicators – for a total of 21.

To oversee implementation, Kleine appointed four assistant chief administrative officers.  Each oversees a handful of outcomes and are responsible for helping the departments develop strategies, plans, and prioritize budget proposals.

The county is also finalizing a 10-year financial plan and each department head has signed performance agreements on their commitments to achieve specific targets related to their department’s “Turn the Curve” plans.

Elrich and Kleine hold quarterly progress meetings with each department, which are coordinated by CountyStat staff, to identify what works and what needs more attention, and to collectively develop options for “turning the curve.”

The Turn the Curve framework is organized around a handful of questions, such as:  How are we doing?” – to ensure decision makers understand the problem before developing solutions. For example, the county emergency medical services began to explore how they could increase the resuscitation of heart attack victims from their current level of 35 percent by doing things differently. Likewise, the Alcoholic Beverage Services department set out to increase the percent of products delivered correctly (e.g., reduce breakage of bottles). A planned incentive for employees is a gain sharing program whereby employees would share in the savings.

In addition to the Turn the Curve initiative, the county also created a process improvement initiative which they call their Innovation Accelerator Program and made innovation training available to staff.  To incentivize departments to participate, Kleine created an Innovation Fund to seed dollars for customer service initiatives that would – in the long term -- save money. Of course, departments would have to repay the fund with savings accrued. They’ve hired a new Innovation Manager to lead the initiative.

How Montgomery County’s Approach Evolved.  The Montgomery County approach to embedding data and analytics into its operations is cutting edge, but it is built on a foundation that evolved over time, since it was first established in 2007.

CountyStat manager, David Gottesman, said that when CountyStat was initially launched by former county executive Isiah Leggett, it mirrored O’Malley’s original CitiStat.  It focused on departments – their accountability, performance, transparency – and met with department heads on a regular schedule.

In subsequent years, the CountyStat function shifted attention from departments to cross-departmental initiatives. It began to serve more as internal consultants and focused on relationship management with the county departments, to help them to leverage their own data.

In 2019, with new county leadership, the CountyStat function adopted more of a hybrid approach.  It swung back to a department-focused approach when the new Administration took office, primarily to help them wrap their heads around operational issues, and also to provide department directors – some also new to the county – with important time with executive leaders. There are now quarterly progress assessment meetings with each department.  In these meetings, there is more of a focus more on “learning together,” understanding what works, developing course corrections and next steps toward fulfilling their Turn the Curve plans, and tracking progress against targets in their department heads’ performance agreements. Each of the major departments has a public-facing performance dashboard.

There are also dashboards for major countywide initiatives such as Vision Zero – the county’s goal of “no traffic deaths by 2030.” This initiative underpins one of the three key performance indicators for the county’s Safe Neighborhoods goal – one of the seven Turn the Curve priorities.

Next Steps. Other communities in the region have developed or are currently developing their own performance initiatives with plans, dashboards, and PerformanceStat meetings.   All are at different stages of development.  And the value of the semi-annual gathering is to learn from one another and inspire each other with the progress being achieved.

For example, the City of Alexandria in Virginia and Howard County in Maryland have launched public-facing performance dashboards in recent months with a dozen different categories of indicators.  Prince Georges County in Maryland has an internally-facing CountyStat initiative. Likewise, Anne Arundel County in Maryland has developed its own internally-facing ArundelStat dashboard over the past few months and plans to launch a public version in early 2020. And the City of Baltimore is in the process of reconstituting its CitiStat effort, integrating it into a new Office of Performance and Innovation, with details to come.

Taken together, these concerted efforts to use data to improve government performance show steady progress towards O’Malley’s vision nearly two decades ago, which were inspired by a crime-fighting effort piloted in New York City and ultimately modified based on another pioneering effort undertaken by the British government under Tony Blair.  In the end, inspiration for government reform comes from many places!