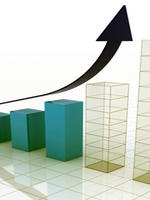 Tuesday, December 18, 2012
John Kamensky
OMB has an early Christmas gift for government performance denizens: it has released an updated version of its Performance.Gov website, jam-packed with previously-unavailable information about progress on 103 agency priority goals and 14 cross-agency

Last week, OMB released a new and substantially improved Performance.gov website, with in-depth performance information on individual agency priority goals. This represents a significant step forward from the initial release in August 2011, which listed and described the goals, but did not provide much detail about them.  I had a chance to talk with some OMB staff about what’s new about the website, and take a quick browse through it. Here’s a summary of what I learned.

What is the background behind this effort?  The overall Performance.gov site provides information on the Obama Administration’s eight management “areas of focus,” describing initiatives in acquisition, financial management, technology, and five other areas.  One of the eight areas (and probably the most ambitious) is “performance improvement.” This is the area where new information was added last week.  That additional information is the subject of the rest of this blog.

This is not the first update to Performance.gov, however.  Earlier this year, the Administration posted FY 2013 agency and cross-agency priority goals on the site, in conjunction with the release of the President’s FY 2013 budget proposal. That update addressed a criticism of the first list of priority goals (the FY 2011 priority goals released with the FY 2011 budget in February 2010) -- that the connection between the priority goals and other goals and work of agencies was unclear.  The February 2012 refresh put the FY 2013 priority goals in the context of broader agency strategic goals and objectives so a reader could see how the near-term, implementation-focused priority goals fit into the larger scheme of things.  But when it posted these goals, OMB reported only what the goals were, with a brief description -- without providing information about progress on the goals.

In August, OMB released guidance to agencies on how they should collect and update the required agency performance information.  This formalized the enormous data collection and reporting framework across the government required by the Modernization Act.  This guidance provided not only instructions for quarterly performance reporting on agency priority goals, but also for:

What are the goals of performance.gov?  OMB executive Shelley Metzenbaum, who heads the effort to update the website, says the website “is a window on the way we [the federal government] are managing” the cross-cutting and agency-level priority goals.   She elaborated, noting that “this is not only a reporting tool . . . it is first and foremost a tool to bring about change in agency practice and performance.  At the same time, the site will strengthen accountability to the public” by making agency goals more readily apparent, and show what choices and strategies agencies are using to pursue their goals, and that “we will use the site to keep our change efforts moving forward.”  She also noted that the site supports cross-agency coordination and learning.

What is new and different?   The Performance.Gov homepage shows no differences than when it was first posted in August 2011.  To see the differences you need to “drill down” to individual cross-agency and agency-level priority goals, which is where the newly-added information can be found.  Once on an agency or cross-agency priority goal home page, you will see new kinds of information, organized under four tabs.

Who is the intended audience of Performance.gov?  While the OMB guidance says the site “serves as the public window on the Federal Government’s goals and performance in key areas of focus,” OMB staff expects the primary users to be federal agencies themselves and possibly agency delivery partners.  They see – and agency leaders reinforce – that it is already being used to manage people and resources in the “delivery chain” and supports cross-agency communication and collaboration.  The staff assessment is supported by studies of the users of Recovery.gov information.

How do you find and use the new information?  One OMB staffer admitted “there’s a learning curve on using this.”  Getting to an agency priority goal’s performance information takes several steps. For example, to drill down to the Health and Human Services Department’s goal on reduced cigarette smoking, you:

(An alternative way to reach the goals from the Performance.gov homepage is click on “Areas of Focus.” Then, using the dropdown menu, click on the Performance Improvement area, and select the “Clear Goals” choice.  This will take you to a page where you can filter all the goals to find the agency or cross-agency priority goals.)

What is the time cycle for updated quarterly progress information on the site?  OMB staff say they’ve developed a cadence for data collection and reporting with the agencies.  Agencies roll up their data at the end of each quarter for each priority goal.  Agencies then have six weeks to conduct reviews and submit their updates to the website.  While agencies control the data that is input, OMB will review it. OMB is still working on developing the cadence for public reporting to allow for analysis and constructive follow-up with agencies after receipt of their quarterly performance information.

Will additional types of information be added to the website?  According to OMB’s guidance, there will be additional features added in a series of phases to the website over time. For example, by May 2013: (1) agencies’ FY 2014 annual performance plans, (2) FY 2012 annual performance reports in machine-readable format, and (3) an inventory of every government program, with a summary description.  In February 2014, agencies’ new strategic plans will also be added in machine-readable format.

In addition, site visitors can provide feedback to OMB via a “Feedback” button.  OMB staff says that user comments will be incorporated to improve the site’s functionality over time.