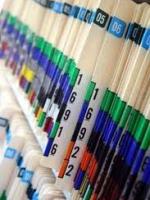 Tuesday, November 2, 2010
The Obama Administration is committed to using technology to better engage citizens in their government. Ironically, legislation crafted in the 1950s to open citizen access to government documents may be a barrier to today’s Open Government initiatives.

The Federal Records Act of 1950 creates a framework to manage agency records.  It puts the National Archives and Records Administration in charge of oversight of the system and NARA determines the historical value of federal records and operates Federal Records Centers around the country.

But what about electronic records, and more recently, what about federal agencies’ use of third party social media sites such as Twitter and Facebook?  The 1950 law is causing pause in a number of agencies’ willingness to jump in and use these sites. Because the federal records management system was designed to be highly decentralized, federal agencies have largely been on their own in terms of how to manage records created via social media tools.  This historically decentralized approach has resulted in some agencies banning the use of social media while other agencies have rapidly adopted their use but ignored the potential records management implications.

To help agencies figure out what they can do, NARA issued guidance to agencies in late October.  It offers “guidance to Federal agencies, who must then determine the most appropriate ways to incorporate recordkeeping requirements into their business processes. . . “   However, this still leaves open many issues, such as whether “liking” a comment on a government Facebook fan page would be a federal record, or if “re-tweeting” a tweet in Twitter constitutes an endorsement.  Also, the dynamic nature of such sites makes it difficult to determine what should be captured, and how frequently.

In addition, a 2009 NARA survey of 200 agencies found that 79 percent ranked themselves as being at risk of not complying with federal records management laws – and this survey did not cover social media.  The Government Accountability Office highlighted this survey in a recent report on NARA, as reported by Lisa Rein in the Washington Post.

The IBM Center has just released a new report that may help.  “How Federal Agencies Can Effectively Manage Records Created Using New Social Media Tools,” by Dr. Patricia Franks, an expert in records management, provides some more granular advice and best practices on issues such as “what are the characteristics of a ‘record’?” when social media is involved.

One of her key recommendations is to create a new government position – Chief Records Officer – who would convene cross-agency groups to address key issues and work closely with the Chief Information Officer in crafting policies and investments in technology systems.  Hopefully, a governmentwide governance framework will improve the policy connections between agencies such as OMB, NARA, and GSA, as well as between records managers, web development teams, social media offices, chief information officers, etc.

While she did not recommend specific changes to the 1950 Act, that may be a consequence of the cross-agency studies.  Congress is considering legislation,  the “Electronic Message Preservation Act,” but it only obliquely addresses social media; its focus is on “old media” such as emails.  So the issue is still open.