From "People" Analytics to "Relational" Analytics 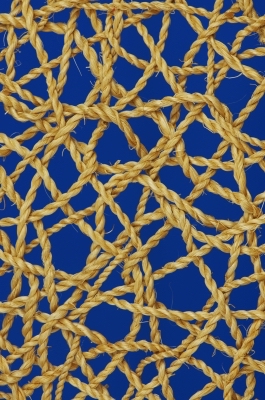 Like most private sector organizations, government agencies focus their analyses on data they have based on individual people, such as the data from the Federal Employee Viewpoint Survey, and from the Office of Personnel Management’s FedScope database.

One of the federal government’s Cross-Agency Priority Goals focuses on fostering greater employee engagement and this is based on data from the employee viewpoint survey. Such an emphasis is relatively new for most federal agencies, given that these data have been collected on a large scale for only about a decade.  In addition, the National Academy of Public Administration studied ways to improve organizational health and performance and recommended that agencies expand their use of people analytics as a management improvement technique, with an emphasis on increasing individual employee engagement.

But a recent article in Harvard Business Review by Paul Leonardi and Noshir Contractor suggests that private sector companies now are starting to go beyond just conducting people analytics based on data about individual employees. They describe how cutting-edge organizations see the real value of analytics extends to understanding the interplay among employees in the organization. This expanded approach – called “relational analytics” – focuses on the communication between two people in different departments.  The authors call this approach “the science of human social networks.” This form of analysis should have real resonance in government, given how interdependent different agencies and teams are in accomplishing their missions.

Leonardi and Contractor say that this more nuanced approach is being pioneered by HR analytic teams in private sector companies such as Google. And it could be adopted in many other organizations because the raw material for relational analytics already exists in most: “It’s the data created by e-mail exchanges, chats, and file transfers – the digital exhaust of a company.” Based on these kinds of data, relational analytics is used to parse different relational patterns that affect organizational performance. For example:

1.  Who Are Your Organization’s Idea Generators? Many companies try to identify people in their organization who are innovators by looking for attributes such as educational background, experience levels, and personality.  But these attributes “don’t help us see people’s access to information from others or the diversity of their sources of information.” This may be more important than the attributes of the individual because “good idea generators often synthesize information from one team with information from another.” Using an organization’s digital exhaust helps identify whether a person is in a “brokerage” position among teams, and there are relational measures to identify people who fit this pattern of behavior.

2.  Who Has Influence Within the Organization?  The authors note “Developing a good idea is no guarantee that people will use it.” They say that getting ideas used requires some degree of influence in the organization. They found that “employees are not most influenced, positively or negatively, by the company’s senior leadership. Rather, it’s people in less formal roles who sway them the most.” The relational analytic techniques used to measure this informal influence assesses how well a person’s connections are connected, much like the way search engines rank-order search results.

3.  What Makes for Greater Team Efficiency?  Traditional analytics can identify skilled people to get a project done efficiently, but this won’t ensure the work gets done on time. The authors say “For that, you need relational analytics measuring team chemistry.” Relational data shows that “two social variables were associated with higher performance” in a team setting: internal density (connectedness within a team) and external range (team member contacts outside their team). Internal density is critical to building trust and reaching agreement; external range can connect team members to outside experts to help when needed.

4.  How Do You Boost Innovation? Leonardi and Contractor observe: “You might think that putting your highest-performing people together might produce the best results, but research suggests that it might have a negative effect on performance.” Why? Greater interaction within a team may produce similar thinking and greater efficiency, but you don’t want a tight-knit team if the goal is to spark innovation. Instead, you want more diversity and a reach into different networks.

5.  Where Are Your Organization’s Silos?  Large organizations naturally develop areas of deep expertise with people that don’t speak the same technical language or share the same goals. This silo-ing effect can be measured by comparing the ratio of internal-to-external communication. The authors found that if “the ratio of internal to external communication is greater than 5:1, then the group is detrimentally siloed.”

6.  Where Are Vulnerabilities in Your Social Networks?  Over-reliance on people who formally or informally are the lynchpins for sharing information between different parts of an organization can make the organization vulnerable. The authors note: “Networks are robust when connections can be maintained if you remove nodes – employees – from it.” Managers need to know who these lynchpins are and ensure there are backup connections to continue these interdepartmental networks.

Leonardi and Contractor conclude: “People analytics is a new way to make evidence-based decisions that improve organizations. But in these early days, most companies have been focused on the attributes of individuals, rather than on their relationships with other employees. . . . looking at attributes is a start but won’t effectively predict whether an employee, team, or organization will meet their performance goals. To improve this, the best firms will use relational analytics to augment their other sources of information to improve their decisionmaking processes.”