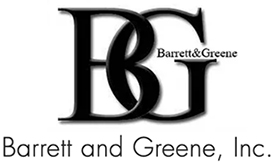 Tuesday, February 25, 2020
Katherine Barrett and Richard Greene
Performance auditors have an uphill battle to maintain their budgets and independence. Citizens should hope they win.

This was hardly a bolt from the blue. The loss of independence in the performance audit world has been an ongoing issue; ebbing and flowing with the times.  It felt to us, based on purely anecdotal evidence (we’re big performance auditor fans) that this was a time of rather potent ebbing, and so an appropriate moment to take a good hard look at this issue. We checked around and found that experts agree that this is a particularly tough time for performance auditors.

“In 25 years of working with local government auditors in California, I’ve never seen  a time when so many audit functions were at risk of disappearing or experiencing diminished independence,” says Anne Marie Hogan, former chair of the advocacy committee for the Association of Local Government Auditors and city auditor of Berkeley, California for some 24 years, until December 2018.

Agrees Jay Poole, auditor of Chesapeake, Virginia, “It comes in spurts and right now we’re on a fairly sizeable spurt. There are a whole bunch of independence issues.”

Just a couple of months ago, it appeared as though the state of Idaho’s performance evaluation office was threatened on two fronts: its budget and its independence. Some of the state’s lawmakers were considering taking its Office of Performance Evaluation, making changes, and placing it under the Legislative Services Office.

We were aware of the decades of good work that OPE had done and were personally involved in an effort by the Center on Performance and Accountability to persuade state leaders to leave OPE as it was. Whether there was any connection or not, the OPE’s opponents ultimately decided not to pursue the matter, and it appears OPE’s independence is safe for the moment.

This is critical. When a performance auditor is overseen by or beholden to another politically charged office it may easily be stymied from searching into areas that are not to the liking of elected and appointed officials. “If you have an audit function that is not allowed to be independent, some audits would never get done, and others might never see the light of day,” according to Douglas Jones, City Auditor of Kansas City, Missouri, and current chair of ALGA’s advocacy committee. “And if the budget is cut, the number and scope of audits are going to be limited.”

Why would anyone want to shortchange an audit office on staff or independence? Well, for one thing negative audits can make agencies and elected officials look bad. This is not a prescription for popularity.

Then there’s the question of auditors’ capacity to demonstrate the positive results of the work – particularly when they’re not easily translatable to dollars and cents.  “It’s difficult to quantify the results,” says Sharon Erickson, the recently-retired long-time auditor of San Jose, California. And without results that can engage the public’s imagination in a vision of more effective and efficient government, support for the auditor’s office is simply not going to be a make or break issue come election time.

In fact, when we recently gave a speech to a roomful of successful, if youthful, newspaper journalists, it became clear that many of them hadn’t been using audits in order to find story ideas or to flesh out the information they could gather on their own.

Even if the auditors were able to garner public support through an educated press, they would still have difficulties communicating their value to the public. As big city newspapers struggle to stay afloat, they’ve been forced to reduce their city hall reporters. These are the men and women some of whose jobs were not dramatically unlike that of the auditors; finding an issue of interest to the public, digging into the facts, and coming out with information that alerts taxpayers to issues that had previously gone unnoticed.

“When I first started in the city of San Jose,” says Erickson, “there were newspaper reporters and radio reporters. We had at least a dozen different people covering what was happening in city hall. And now we have one.”