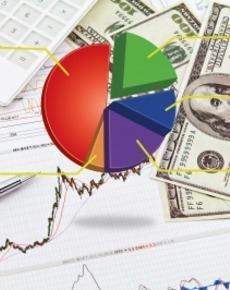 Thursday, September 12, 2013
John Kamensky
Back in June, Texas Congressman Henry Cuellar spoke at a conference where he declared that he wanted to embed performance measures in each agency’s appropriation bill. What could this look like?

When Cong. Cuellar was a state legislator in Texas, he saw how his state used performance information in the budget process.  When he was appointed earlier this year to the U.S. House appropriations committee, he finally reached a position where he could bring this perspective to Washington in a real way.  The next step is to convince his colleagues to try it.

A decade ago, Dr. Phil Joyce prepared a report for the IBM Center on ways the federal government could begin developing a performance budgeting approach.  In that report, he optimistically observed “The federal government has never been in a better position to make its budget decisions more informed by considerations of performance.”  He identified ways performance could be linked at each stage of the budget development, decision-making, and implementation process.  But it hasn’t yet happened.  But states could serve as a model.

Based on a 2012 review, 40 of the 50 states have adopted laws mandating the use of some form of performance budgeting.  Leading states include Michigan, Iowa, Texas, and North Carolina.  A number of U.S. cities have also adopted this approach.  So it might be worthwhile to review what they do, and how lessons might be applied at the federal level.

What Is Performance Budgeting?

The concept of performance budgeting is not clearly defined.  In fact, a 2003 article by Richard Young, at the University of Southern California, concludes: “There is no one single definition of performance-based budgeting (PBB). A review of the literature does, however, suggest what it means commonly. Most observers of—and experts on—public budgeting do agree that, generally speaking, PBB is the allocation of funds to achieve program­matic goals and objectives as well as some indication or measurement of work, efficiency, and/or effectiveness.”

Based on observations of state and local use of performance budgeting, there are four insights that can help when implementing this approach:

First, don’t separate budget and finance systems from the strategic goals of political leaders.  These processes and systems need to be tied to the overall strategy of the city or state via committed leadership in both the executive and legislative branches.  For example, Baltimore City’s mayor , Stephanie Rawlings-Blake, has identified six priorities for the city and the city’s budget is organized around those priorities.

Second, use analytics and evidence-based approaches to inform budgeting priorities.  This increases the likelihood that resources will be targeted to the root cause of a problem rather than its symptoms.  For example, in Virginia, evaluations have shown that third grade reading levels are a strong predictor of future academic performance.  As a result, the state has targeted additional budget resources to third grade reading programs.

Third, budgets should be organized around the outcomes or initiatives in the strategic plan – and not around the traditional agencies and programs that populate the organization chart.  In Iowa, for example, former governor Tom Vilsack proposed a set of priorities and agencies “bid” on what they services would contribute, and at what cost, to implement the priority.  This was then used to develop the budget proposal taken to the legislature.

Fourth, to make this possible, states and localities need to create a budget and finance structure that can accommodate such flexibility.  This means creating common classification standards across budget, grant, contract, and financial systems that can show how discrete inputs can be tied back to broader outcomes.  This more technical requirement tends to be a prerequisite for providing budget and financial information in various formats to ensure accountability by various stakeholders.

So, what does a performance budget look like?  Let’s look at Texas, which what inspires Cong. Cuellar’s efforts at the federal level.

Texas has used performance budgeting for more than two decades.  The governor prepares a strategic plan, uses its to prepare a budget proposal and the legislature adopts a biennial budget for the state that includes specific levels of performance linked back to the strategic plan. A 2005 IBM Center study by Joe Adams provides a good overview, beginning with the creation of a statewide strategic planning process in 1991 under Governor Ann Richards and continued by Governor George W. Bush.  When Governor Rick Perry became governor, he initially backed away from the details of the process, but the legislature continued its use of performance budgeting because it felt it was useful.

A recent guide that explains the process says that the governor and the Legislative Budget Board prepare a mission statement and core principles, and then the 200 relatively independent state agencies each prepare a strategic plan.  The most recent strategic plans covers the period 2011- 2015 and are used to develop agency budget proposals.

These are then followed with Performance Measure Targets for each outcome and output. . . . It also includes information that is associated with traditional budgets, as well:

Here’s what the section in the 2012-2013 biennial Texas appropriations act looks like for a small agency, the Texas Animal Health Commission:

Variations on a Theme

The Texas approach is only one example of many. Other states have adopted performance budgeting approaches, as well.  For example, a 2005 explanation of Michigan’s Outcome-Based Budgeting approach shows how goals are developed statewide rather than agency-by-agency, as done in Texas.  And in 2007, North Carolina began a Results-Based Budget initiative which is still being implemented at the agency level.

Since there are a wide variety of approaches among the states, as GAO has observed, there will be an opportunity to explore what works for different federal agencies at the federal level, as Cong. Cuellar’s efforts move forward.