The Physics of Federal Programs 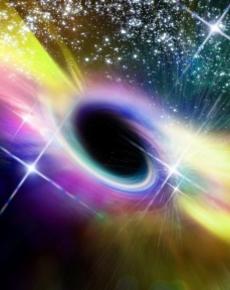 Wednesday, June 12, 2013
John Kamensky
Recent reports demonstrate the difficulty of defining what constitutes the “atom” of a federal program, but a recent Washington Post article begins to uncover why it is so elusive, much like finding sub-atomic particles in physics.

There is more than one way to define what constitutes a federal “program,” and it is not unlike trying to define molecules, atoms, and sub-atomic particles.

Several years ago, Congress mandated the Government Accountability Office (GAO) to prepare an annual series of reports on the extent of duplication and overlap among federal programs.  GAO has dutifully complied and it has delivered reports over the past three years that it believes covers the waterfront.  In its latest testimony, GAO says there are 83 areas where it identified duplicative, fragmented, or overlapping programs.  But GAO’s definition of what constitutes a “program” leaves the definition in the eyes of the beholder:

Generally, an organized set of activities directed toward a common purpose or goal that an agency undertakes or proposes to carry out its responsibilities. Because the term has many uses in practice, it does not have a well-defined, standard meaning in the legislative process. It is used to describe an agency’s mission, functions, activities, services, projects, and processes.

Quantum physics seems to have a similar challenge:  the observer’s efforts to measure or define atomic activity actually interacts with the activity and is referred to as the Observer Effect.  In the federal government, the Observers are various stakeholders and they define “programs” in the context of inputs (mainly appropriations), outputs, targeted recipients, geography, or other factors, as GAO describes.

Back in 2002, the Office of Management and Budget undertook an initiative to assess the performance of major federal programs.  To do this, they created the Program Assessment Rating Tool (PART), but they had to also define what constituted a “program” in order to do the rating. This turned out to have been somewhat controversial, but in the end, they identified more than 1,000 programs across the government.

In 2010, Congress mandated OMB to develop an inventory of federal programs.  The first step was defining what constitutes a “program,” which OMB did. It used GAO’s definition.  OMB’s guidance said that developing a list would take time and would occur in several phases. The first phase of that list was due to be published on the OMB Performance.gov website by May 31, 2013.  It was.  In it, agencies self-identified about 1,600 programs.

The Molecular Level of Programs

The agencies’ contributions to the OMB inventory reflected the guidance and varied widely across agencies:

In each case, the agencies defined “programs” in a context that they perceived were most identifiable by, and relevant to, their stakeholders and their employees – the Observer Effect in practice! And in many of these cases, they reflect the complexity of molecules, not individual atoms.

The Atomic Level of Programs

Some federal programs are defined specifically in law, and oftentimes exist because of specific interests by members of Congress, even if there are multiple programs addressing the same concern.  For example, GAO recently identified at least three federal programs that inspected catfish for food safety purposes and recommended repealing the program in Agriculture since similar programs existed in Commerce and the Food and Drug Administration.  This was not a level of detail reflected in any of the three agencies’ program inventories – hence my referring to programs such as these as being at the “atomic level.”  The Office of Catfish Inspection Programs in the Department of Agriculture has been targeted for elimination in the President’s budget.

Members of Congress have both advocated repealing and retaining the program.  Sen. John McCain, for example, recently authored an op-ed about the need to eliminate the program and save $15 million.

Similarly, OMB has prepared a list of nearly 200 programs to be cut or consolidated.  Of these, 88 were identified as “lower priority” programs, in response to requirements in the GPRA Modernization Act.  But these programs are at a much lower level -- the atomic level --  than those that appear in the program inventory,and this list of "low priority programs" was also prepared in response to the GPRA Modernization Act.

The Sub-Atomic Level of Programs

The tension between providing equal treatment under the law and wanting to help constituents in the face of a one-size-fits-all definition that does not match reality on the ground is oftentimes the source of what seems to be a bewildering set of seemingly overlapping programs. This is the “sub-atomic” level of why it is difficult to define what constitutes a program.

This is best described via a recent, perceptive article in the Washington Post by David Farenthold about how the federal government has 15 different definitions of “rural.”  He describes how one of these definitions dates back to 1936, but most are more recent and are defined in law.  By detailing such definitions in law, agencies must create separate programs, since they cannot use the same definition across programs.  So, as Farenthold notes, there is a different definition of “rural” for grants for rural housing, food aid, and education.  Depending on which definition is used, “rural” could mean a community with anywhere from 2,500 to 50,000 people.  This would mean that anywhere from 59 million to 190 million Americans live in a rural area, depending on the definition used.

He gives concrete examples of how the definitions are revised in response to specific, on-the-ground cases where a generalized definition would not work.  For example, one non-profit food bank in rural California, run by Kevin Sanchez “wanted a grant for a refrigerated truck to deliver food to people in outlying areas of the county. But there was a problem: At the end of the workday, Sanchez planned to park the truck at the food bank’s office in the county seat, Woodland — population 56,000. . . . By this grant program’s definitions, the truck couldn’t be considered a rural project.”  He was advised to re-locate the truck outside city limits, but Sanchez said that would guarantee that it would get stolen.  In the end, Sanchez didn’t apply for the grant.

These kinds quirks in programs occur over and over again in different policy areas – which are oftentimes reflected in varying definitions of metro areas, poverty, what constitutes being “employed,” etc.  Each of these definitions affects programs and the dollars being allocated to people and places.  And it is this “sub-atomic” level that makes it so difficult to define what constitutes a program and why they seem to duplicate and overlap each other.