Is Recovery Act a Model for Ebola? 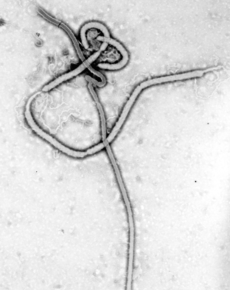 Monday, October 20, 2014
John Kamensky
Does it take a crisis for government to work right? Last week, I attended a forum sponsored by the American Society for Public Administration that looked at the successes in implementing the Recovery Act and potential lessons for public administration in the future.

Little did I realize that the future would come so quickly, with President Obama’s announcement that he was appointing Ron Klain as the Ebola Czar! Klain, who was chief of staff for both vice president Al Gore and Joe Biden, was a key player in the implementation of the Recovery Act.

The forum on the Recovery Act, Five Years Later was kicked off by Klain’s former point person, Ed DeSeve, who in 2009 and 2010 led the day-to-day efforts to coordinate the oversight of $787 billion in spending across 26 major federal agencies via more than 200 programs.

President Obama had asked Vice President Biden to serve as the focal point for implementing the Recovery Act, and Klain, as his chief of staff, recruited DeSeve.

DeSeve said their strategic model was to serve as a network coordinator, not a CEO, of the implementation effort, operating with a staff of eight or less. The team focused on a handful of operating principles, such as clear objectives (e.g., get the money out!) and strong leadership from the top.

DeSeve went on to say that one of the keys to success was using administrative processes already in place, with people who already knew each other via existing professional networks. He said the secret was leveraging the informal relationships, not the formal parts of the bureaucracy. He knew how to do this, because of his prior federal government experience as deputy director for management at the Office of Management and Budget. That job involves chairing numerous cross-agency councils, so he understood how the government worked, and more importantly, the many career executives who worked there.

Another forum participant, David Quam with the National Governors Association, complimented how the Office of Management and Budget (OMB), during this period of crisis, chose to shift to a new operating model itself. He said that the urgency of getting money into the economy was so great, that OMB was far more open with stakeholders, such as the governors and mayors, in developing administrative guidance “on the fly” in a period of weeks, rather than using the traditional, closed inter-agency clearance process that typically takes months. Instead, there were weekly phone calls with federal agency leaders as well as with state and local government leaders. Each designated single points of contact, as well, to ensure continued communication. And when experience showed a process wasn’t working, they changed it.

Quam commented that “if you don’t have the right personalities in place, it won’t work. . . it’s not processes and procedures.”

Another panelist, George Mason University professor Paul Posner, observed that the implementation of the Recovery Act was a shining moment for our federal system of government and asked “how do you bring that championship team back?”

Maybe President Obama is doing just that. Too bad it takes a dramatic crisis to make the government work better! Graphic Credit: Courtesy of Wikipedia Commons