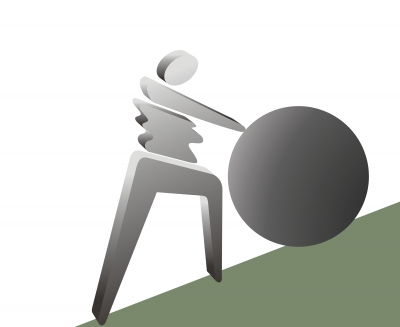 Thursday, January 30, 2020
John Kamensky
University research is a big business. It totals about $75 billion a year. About $42 billion of this is from federal grants. But do federally-imposed administrative requirements divert researchers to focus on non-value-added activities and stymie the effectiveness of their research?

Since 1991, the federal government has imposed 110 new requirements on university research grant recipients.  But it capped reimbursement for administrative costs in 1991 to be no more than 26 percent of a grant.  Partly because of the cap and increased mandates, universities have increased spending on research by $7 billion between 2010 and 2017 from their own resources.

What are some examples of these new requirements?

As noted by professors Barry Bozeman and Jan Youtie in a recent article in Public Administration Review, “Most of these rules are vexing, not life-altering, but . . . taken together, they represent ‘death by a thousand 10-minute tasks.’ ”

Background.  Administrative burdens imposed on university researchers by federal grants is not a new topic and it has been the subjects of dozens of reports over the years.  In 2014, the Office of Management and Budget (OMB) took a major step to streamline grant requirements by combining eight circulars into one, commonly called the OMB Uniform Guidance. OMB understood that research grant funds were increasingly being used to meet administrative compliance requirements and hoped that its reforms “will increase the impact and accessibility of programs by minimizing time spent complying with unnecessarily burdensome administrative requirements.”

However, the intended burden reduction did not occur.  In fact, a survey of university researchers in a 2018 survey revealed an increase of burden to 44 percent of their research time spent on administrative tasks.

Part of the reason that burden has not declined, even with new flexibilities in the Uniform Guidance, is the complex interaction among the key players – OMB, the agencies, the auditors, the universities, and the researchers themselves. Each have different priorities and historically they have been unable to come to a common agreement on reducing unnecessary red tape.

Fixes at Each Stage of the Grant Cycle.  A new IBM Center report by Lisa Mosley, Jeremy Forsberg, and David Ngo explores ways that administrative burden could be reduced by looking at what could be done at each stage of the research grant cycle – during the proposal phase, the award phase, the post-award phase, and thereafter. Here are some highlights:

Mosley, Forsberg and Ngo recommend that all agencies adopt the use of standardized “pre-proposals,” a best practice used by some agencies such as the National Science Foundation (NSF). Pre-proposals usually are only 3-5 pages in length and describe a high-level scope of work, budget, and bios.  If a proposal is accepted, then a more detailed version would be prepared.  This would reduce the amount of time researchers might waste if their proposals were not accepted and reduce the time spent by agencies in reviewing long proposals that were not seen as meritorious.

The authors recommend governmentwide adoption of a best practice used at the National Institutes of Health (NIH) called “just-in-time.”  This approach delays the collection of details information until after a grantee has been provisionally selected, but before a grant is awarded.  This would include such details as approved protocols for human or animal subjects, mentoring plans, bios of key personnel proposed for the project, and a more detailed budget.

The authors recommend governmentwide adoption of the use of “fixed amount” grants, whereby most reporting requirements are waived for modest-sized grants. The theory is that smaller grants are less likely to pose serious risk of fraud, waste, and abuse and that any potential risk would be offset by larger increases in productivity as a result of lower administrative burdens. The authors say: “the focus of accountability would be shifted to the outcomes of research performance” and payments would be tied to the completion of agreed upon milestones. They point to examples of where the fixed-amount concept is used in other federal programs, such as the Simplified Acquisition Threshold.  They recommend a threshold of $250,000, which is what the Uniform Guidance currently allows for fixed amount sub-awards (but not for prime awardees). Since the average NSF grant is about $177,000, this would significantly reduce administrative burdens for its grants.

Why Existing Flexibilities Are Not Being Used. OMB is pursuing several cross-agency priority goals intended to reduce administrative burdens to grant recipients and eliminate low-value work, as a part of the President’s Management Agenda. In fact, just last week OMB released a proposed set of streamlining revisions to the Uniform Guidance for public comment. But given the largely failed history of burden reduction in federal research grants, what seem to be the root causes?

The authors point to several reasons, which tie back to the complex relationships among the different stakeholders:

The Big Fix?  While Congress recently passed grant streamlining legislation and OMB is proposing revisions to the Uniform Guidance, Mosley, Forsberg, and Ngo conclude that stakeholders from across the research grant ecosystem need to come together and develop a joint, comprehensive strategy to address unnecessary administrative burdens.  They note that Congress in 2016 passed legislation to create a Research Policy Board to be the forum for developing such an approach but this Board has never been convened.  The authors recommend that OMB create this Board.