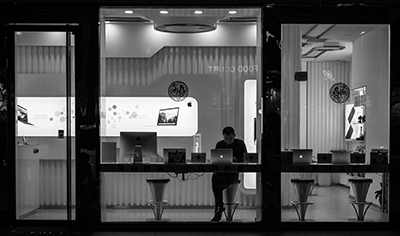 Monday, August 17, 2020
Katherine Barrett and Richard Greene
Overtime has been a hobgoblin for budgeters in cities and states for years. We didn’t think there could be a better time to take a long hard look at this issue.

Just weeks ago, under the sponsorship of Kronos, a report titled The Great Overtime Dilemma, was published, which we researched and wrote. We retained editorial control over the report.

Background. As we wrote, ‘Overtime for city, county and state employees has been epidemic in the past few years. One contributing factor has been a high vacancy rate, particularly in fields such as nursing, corrections, police work and emergency medical services. Unplanned leave and lax oversight also contribute to the issue.”

Exhibit A:  Overtime costs in New York State were higher in 2018 than at any other time in the last decade. In that year, 18.1 million hours of overtime were billed to the state, at a cost of $787 million. Certain agencies experienced a particularly rocket-like trajectory. The Office for People with Developmental Disabilities, for example, saw overtime costs rise by 96.5 percent while the Division of State Police jumped 96.3 percent and the Office of General Services rose 87.7 percent.

To be sure, some of this overtime was necessary and fiscally responsible. It does not make sense, for example, to retain the men and women who run snowplows as full-time positions for the year, in order that there would be no need for overtime. In almost all cities, it makes much more sense to pay some sanitation workers time-and-a-half to shove the white stuff around during the selected number of days when automobile transportation is dangerous or impossible.

That said, for a variety of reasons cited in the report, there can be instances in which overtime is an unnecessary tool, efficiencies decline and money is unnecessarily spent. This unfortunate state of affairs can easily go unnoticed if a state or local performance audit doesn’t delve deeply into the numbers. We searched through dozens of these reports to get an understanding of this issue.

Problems. According to multiple performance audits, for example, continued use of paper-based or heavily manual attendance-and-payroll systems makes it hard to document, track and analyze overtime.

Meanwhile, a January 2020 Miami extra-duty audit found that actual extra-duty hours worked were not supported by timecard or other documentation. That information wasn’t available to permit oversight of “actual hours worked, approved and paid by the outside employer.”

Paper-based or manual systems were not the only reasons for data and documentation problems. Inaccurate and missing data problems also surfaced in governments that rely more heavily on technology.

Inconsistent electronic system data was cited as a problem for the Arlington (Virginia) County police department, where the increased number of overtime codes resulted in the risk of inconsistency in how overtime was input.  A recommendation from a 2019 audit was that select individuals should receive advanced training to better understand system functionality and capability. The department responded that it planned to create a users’ guide and that training was being improved.

There was also a fear expressed in some audits about the potential for fraud if access to automated systems was too free or not protected by sufficient internal controls. Lack of internal controls and segregation of duties leaves entities vulnerable to alterations of information regarding overtime worked.

Another problem in the management of overtime is missing data. For example, the San Francisco Sheriff Department overtime audit found that the department did not keep records of the requests received from other departments for security services. Without tracking this data, it could not fully assess its staffing needs. Also missing were facility activity schedules for the jails, special security requests from the courts or the time spent by the criminal investigation’s unit on each of its cases.

Solutions. Solid accurate data helps to build performance measurement systems and provides an ability to benchmark overtime performance against the past or other governments of similar size and function. Data reports can be created from electronic scheduling systems to evaluate different overtime categories and trends as well as the relationship between estimated and actual overtime.

The Portland City Council included a budget note for the 2018-2019 budget that asked for a dashboard that could be used by the council to track overtime and also asked for an annual evaluation of overtime use by the Portland Police Bureau. The Portland police overtime audit cited the importance of timely reports and the use of data and analysis as among the keys to control overtime

A Louisville electrical maintenance overtime audit also recommended that performance metrics be incorporated “to aid those responsible for monitoring the reasonableness of overtime hours spent on specific jobs.” As of July 2019, the Public Works Department said it was providing director/supervisors with a biweekly overtime dashboard by function.