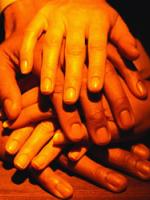 Tuesday, September 28, 2010
Regulatory partnerships between government regulators and industry evolved in the 1990s as a way of increasing compliance while reducing administrative burdens However, a Washington Post story on the Minerals Management Service (MMS) leaves readers with t

Three recent IBM Center reports present a different perspective, showing the value of regulatory partnerships.  These reports offer lessons learned on how to create and effectively maintain regulatory partnerships so they don’t result in the failures highlighted in a penetrating Washington Post article “How the Mineral Management Service’s Partnership with Industry Led to Failure” on the now-defunct MMS (replaced by the Bureau of Ocean Energy Management, Regulation, and Enforcement).

This post provides some historical context.  The next will summarize the lessons from the three IBM Center reports.

Regulatory partnerships are not new, but had risen in prominence in 1995 when their use was promoted by Vice President Al Gore’s reinventing government initiative.  Up to that point, most regulatory reform efforts focused on the development of new regulations.  Gore’s effort shifted the reform emphasis from regulatory development to an emphasis on how existing rules were implemented.  An on-line history of “Reinventing Regulation” by Gore’s effort stated:

“Our focus is primarily on the relationships that exist between regulators and their regulated communities because we can meet important social goals -- like ensuring clean air and safe food - more effectively if we target our reinvention efforts at those folks who are responsible and want to comply. . . . .  And, at the same time, we can better target those places for which a more aggressive strategy is needed.”

In a recent IBM Center report on the benefits of voluntary regulatory partnerships, Russell Mills provides further background on the strategic use of such approaches, and the accompanying fears of the approach:

“[G]overnment managers in regulatory agencies can choose either a deterrence or a collaborative enforcement style. Deterrence enforcement styles are marked by a traditional command-and-control style of setting regulatory benchmarks, conducting inspections to ensure benchmarks are met, and issu­ing penalties if they are not. In an environment of shrinking budgets, deterrence enforcement becomes increasingly difficult to sustain and threatens to pro­duce an adversarial relationship between government and firms. . . . .”

. . . .  The optimal environment for government and firms is one in which the government engages in cooperation while firms self-police, as costs to both are minimal. However, . . . .  Governments may fear that relaxed regulatory requirements will be taken as an indication of “capture” or as an open invitation to exploit a weak enforcement environment, while firms may fear that self-disclosing violations to the government will result in increased penalties.”

Where and When Are They Used?

“While many laws and rules that limit the ability of regulators to talk with those being regulated were imposed to curb abuse, they now often serve as a barrier to meaningful communication between the regulators and the regulated. To address this problem, and to promote consensus building and a less adversarial environment, I direct you to review all of your administrative ex parte rules and eliminate any that restrict communication prior to the publication of a proposed rule. . . “

The Gore reinventing government effort worked with more than 60 regulatory agencies to encourage them to adopt new approaches to regulating, where it made sense.  These included the regulation of the environment, small business, food safety, biotech drugs, worker safety, and pensions, among others.

This approach was uncomfortable to many, both inside and outside government.  The head of the Food and Drug Administration, David Kessler, opposed efforts within his own agency to work more collaboratively with drug companies to streamline FDA’s approach to drug approvals.  Unions opposed efforts by the Occupational Safety and Health Administration (OSHA) to work jointly with companies to improve their safety records rather than just impose fines for infractions.  Some environmental groups opposed efforts by the Environmental Protection Agency to use incentives to reduce air pollution in lieu of new regulatory standards.

Bob Stone, the head of Gore’s reinvention effort, consistently pushed back.  In a 1997 speech to a business group, The Conference Board, Stone declares:

“We want to change the regulatory game. Now it's like a see-saw. . . . Nobody gets anywhere, nobody wins. We need to find a way to let both win. And, we know that this is possible. You've been through this in your own companies. . . . .

“But to work together as partners, government and business have to focus on our common interests. To begin, we must be willing to stipulate that the public and private sectors are both after the same result -- that none of us wants our children breathing unsafe air, or eating contaminated food, or exposed to the drug trade.”

Next:  What Lessons Have Been Learned to Create and Use Rregulatory Partnerships Effectively?