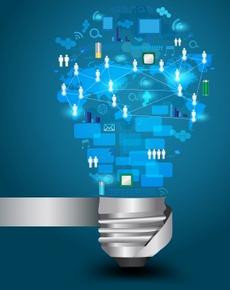 Wednesday, May 15, 2013
John Kamensky
What inspired me at the Excellence in Government Conference? I liked the emphasis on innovations underway in different places around the government.

Sometimes we get caught up in buzzwords of the day:  Total Quality Management, Lean Six Sigma, Agile, Business Process Reengineering, or Reinventing Government.  But the bottom line in each of these types of management improvement initiatives is:  how do we create a culture of innovation?

What is “innovation?”  There are plenty of different definitions, but one I’ve found to be practical is: “New ideas, or current thinking applied in fundamentally different ways, resulting in significant change in operating models, business processes, or products and services.”

Within this framework, innovation is both a process and an attitude. Many reports document various innovation processes, and examples are provided below of several in use in government agencies.  But the “attitude” part is really important.  The panel on “intrapreneurship” (acting like an entrepreneur inside your organization) at the Excellence in Government Conference typifies that approach.  In that panel, presenters talked about what they were doing, but they also pointed to some helpful resources, like how to be a “good rebel” within your organization (and provided a link to an inspirational website:  Rebelsatwork.com).  They also reminded everyone that impatience is a virtue:  “You can’t just let good ideas sit on someone’s desk waiting for sign-off.”

How do you embed innovation into a government culture?  It is not easy, given government’s reputation for being risk-adverse and hierarchical.  But there are efforts underway. For example, Brian Sivak, chief technology officer at the Department of Health and Human Services, also calls himself entrepreneur-in-residence at HHS.  He says that in order to change the culture to be more innovative, you have to find the innovators in the system, connect them, and provide them the tools to succeed.  He has created an Innovation Council, the HHSinnovates Award, and is sponsoring a number of initiatives.

For example, he has created a collaboration space for HHS’s 90,000 employees and an incentive for people to put forth ideas that they can then work on, called HHSIgnite.  The Environmental Protection Agency created a similar initiative for its scientists, which it calls Pathfinder Projects.  Like the HHS effort, it encourages employees to propose transformative, high-risk projects with one year of support.  Sivak calls this the government version of Kickstarter, a crowd-funded venture capital start up.

One EIG conference panel examined the “Innovation Revolution” that began with the Reinventing Government initiative in the 1990s and it offered some approaches to hardwire innovation into a government culture.  Author David Osborne said that he and a colleague, Pete Plastrik, examined scores of innovative efforts in government and developed a repeatable roadmap which is described in their 1997 book, Banishing Bureaucracy.  Osborne’s Five C’s are strategies that can be used in most government organizations to change their DNA to be more innovative:

Subsequently, they developed a hands-on guide, The Reinventor's Fieldbook: Tools for Transforming Your Government, which offers dozens of specific tools and approaches for implementing the five strategies in public organizations.

Adding to the Five C’s.  At the risk of over-complicating concepts, I would add three other C’s that I found important in any innovation culture:  Curiosity, Courage, and Cover (i.e., support from senior leadership).  Without curiosity, there can be no innovation.  And in any large organization, people who want to try different things have to be courageous because innovation means experimentation.  And experimentation, if done right, means there will be failures.  So innovators have to be willing to fail . . . which is often hard in a public sector context.  This is why it is so important to have “cover” from someone at the top of the organization who will encourage experimentation, and failure, and learning.

So, what is your agency doing to encourage innovation?